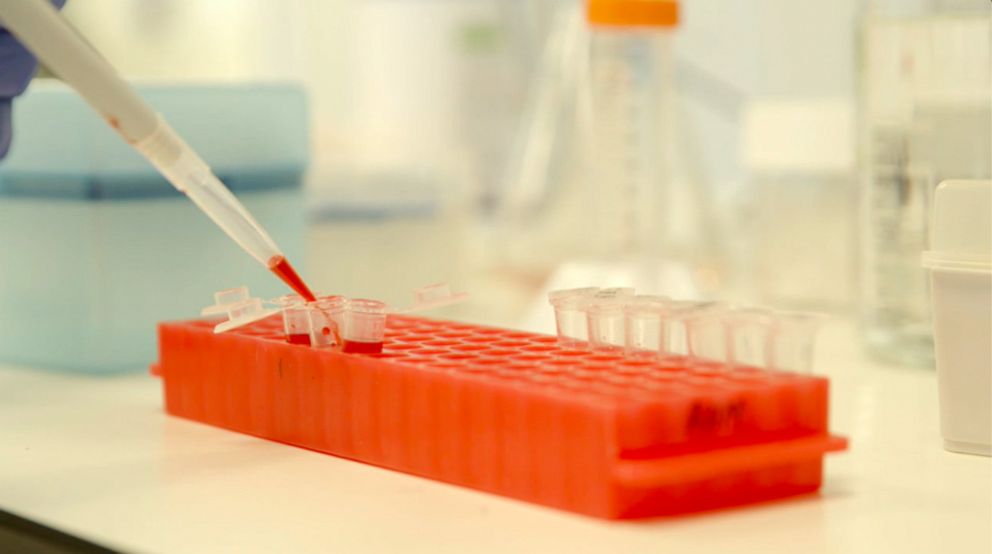 (TEL AVIV, Israel) — When Nurit Argov-Argaman was raising three young children while trying to advance in her career, she was struggling with time-management issues involving baby formula versus breast milk.

“Infant formula was one of the best options that I had,” said Argov-Argaman, the chief technology officer of the Israeli dairy alternative startup Wilk.

Argov-Argaman, who is a lactation scientist by training, decided she could “help bridge the gap” between baby formula and breastmilk by making a product that more closely resembled the latter.

The majority of women in the U.S. bottle-feed their children, according to the Centers for Disease Control and Prevention, although both the World Health Organization and the American Academy of Pediatricians recommend women exclusively breastfeed their babies for the first six months.

Three startups, Wilk, Biomilq and Haliana, are using bioengineering to create new baby formula products that scientists hope will be a better substitute for breastmilk in the future.

Wilk and Biomilq use human breast cells as their starting point, coaxing the cells to produce milk on their own in a lab, while Haliana uses yeast to produce the proteins found in human breast milk.

Wilk, which has its lab outside of Tel Aviv, has been using breast milk and mammary cells that have been removed during breast reduction surgeries and provided by a local hospital.

“Basically we are enabling them to do the same thing they do naturally in the breast,” Argov-Argaman told ABC News reporter Maggi Rulli, “just in a plastic vessel and later on in a bioreactor.”

Just like Wilk, U.S.-based startup Biomilq grew out of a mother’s desire to create an alternative baby formula product when founder Leila Strickland realized the products on the market were “not meeting what she wanted to feed her children,” says co-founder Michelle Egger.

“Formula really hasn’t changed much since about the 1950s,” says Egger, “and we’ve just continued to see consolidation in the supply chain that, as we saw with the shortage, really does harm to families and parents.”

More than 40% of baby formula was out of stock in the United States in May, according to a report by the data firm Datassembly. The shortages, which are being caused by a mixture of supply chain issues and the fact that the market is concentrated among three major producers, have meant parents are being forced to pay higher prices, travel long distances for formula or simply go without.

This current crisis is so severe – and unique with a major producer shut down for possible contamination and supply chain constraints because of a global pandemic – that it has led to the activation of the Defense Production Act by the Biden Administration, which provides the president with additional powers to increase domestic manufacturing capacity during emergencies.

The White House states Operation Fly Formula will mobilize over 300,000 pounds of formula from overseas to try and meet the needs families are currently facing.

Although alternative baby formula products have been cast into the spotlight by a national baby formula shortage, the products being created are still multiple years from the market, so they cannot alleviate the strain of the current crisis, and they will eventually need to be scrutinized by the FDA before having a chance of being approved for use in the U.S.

One factories’ shutdown in Michigan, due to a possible bacterial contamination that was suspected of killing two babies, threw the entire industry into disarray. The factory belonged to Abbott Nutrition, a company that controls nearly half of the baby formula market in the U.S., and only opened last week after being closed for more than three months.

Abbott has announced that after an investigation, “there is no conclusive evidence to link Abbott’s formulas to these infant illnesses.”

Haliana, which uses a different technique based on a process of fermentation, is hoping to get to “commercial scale over the course of this year,” says founder Laura Katz.

The company is attempting to recreate the proteins found in breastmilk by “training” yeast using the same DNA code that makes breast milk proteins. Katz says these proteins could have the added benefit of immunities typically present in breastmilk, which traditional baby formulas don’t have.

Sarah Fleet, a pediatric gastroenterologist and director of the Growth and Nutrition Program at Boston Children’s Hospital says that nutritionally, traditional baby formula and breastmilk are “generally thought to be pretty equivalent.”

Yet Fleet sees many different valuable aspects of alternative breast milk. First and foremost, the majority of baby formula on the market is derived from cow milk, which can cause severe intestinal disease that affects “a large number of babies” in her practice, she says. Cow’s milk protein allergy is estimated to occur in 2-3% of children under 4 years old.

Second, formula products synthesized from breast cells could have “immune system properties,” she says, adding an additional benefit to the child’s health.

Neither Wilk or Biomilq discussed potential immune system benefits of their products during interviews with ABC News.

And finally, given the recent national shortage, it is an example of putting more options on the market for parents, babies, and for doctors.

“Having more tools in our toolbox,” she says, “is never a bad thing.”

The future of COVID vaccines could be sprays, not shots

Mom becomes surrogate at 49 for daughter, gives birth to baby at 50