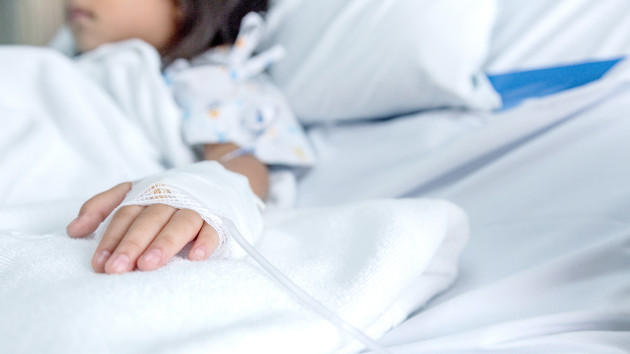 (NEW YORK) — A new study points to prior COVID-19 infection as a possible culprit for the global wave of severe hepatitis cases among children — though experts caution the true cause is still a medical mystery.

Researchers in Israel added evidence for the theory in a small study published in the Journal of Pediatric Gastroenterology and Nutrition, suggesting some children might develop liver inflammation in the weeks after recovering from a mild COVID-19 infection.

While the root cause of the pediatric hepatitis outbreak is still unknown, experts say the leading theories include COVID-19 infection, infection with a common cold virus, or an interplay between the two infections, according to Dr. Alok Patel, a pediatric hospitalist at Stanford Health and an ABC News medical contributor.

In a new twist, a U.S. Centers for Disease Control and Prevention analysis published Tuesday found that there may not be a spike in cases at all — at least not in the United States. CDC scientists said the number of severe hepatitis cases observed in recent weeks is relatively consistent with pre-pandemic levels, but urged public health authorities to continue to monitor the situation.

“I think it is too early as CDC [is] looking at U.S. data and U.S. has not been hit as hard as other countries like U.K.,” said Dr. Peter Chin-Hong, an infectious disease specialist at the University of California, San Francisco.

More than 700 children across the globe have been found to have probable cases of severe hepatitis with an unknown cause, officials from the World Health Organization said in a press conference last Wednesday.

At least 38 children have required a liver transplant, and 10 children have died, the WHO says. Additionally, 112 cases are also under investigation, and a total of 34 countries have reported cases to date.

As the mystery deepens, scientists across the globe are racing to understand whether — and why — children are falling ill with severe hepatitis in higher numbers.

Severe hepatitis, or liver inflammation, is often prompted by an infection, but not always. It is unusual among children, and most often seen in adults who have been living with alcoholism or an undiagnosed infection for decades, slowly causing liver damage.

During a global investigation, the WHO found that about two-thirds of children tested positive for a common cold virus called adenovirus 41 — which quickly became one of the leading theories. Only about 12% of children had COVID-19 at the time they developed severe hepatitis.

Because most of the children were too young to be vaccinated, the COVID-19 vaccine was ruled out as a possible cause.

“The latest Israeli study adds just a little gasoline to the fire to try to understand the causes of the mysterious hepatitis in children,” said Chin-Hong.

However, he said the study was too small to be conclusive.

In the study, researchers described five cases of children ranging from 3 months to 13 years old who recovered from COVID-19 and later developed severe liver inflammation, some requiring liver transplants.

It’s possible children may be experiencing “an autoimmune reaction from a viral infection causing hepatitis, where the child’s immune system attacks their own liver cells in an attempt to combat the virus,” said Dr. Madhu Vennikandam, a gastroenterology fellow at Sparrow Health System.

However, the CDC cautions the cause remains unknown and a global research effort spearheaded by the WHO is ongoing.

“The silver lining in all of this is that vaccines for children under 5 are on the cusp of approval in the U.S.,” said Chin-Hong.

If COVID-19 indeed “has a central role to play in all of this, we should eventually start seeing cases drop,” he said.

Bug bites begone! Experts break down how to treat itchy skin and stings this summer

How the U.S. struggled to respond rapidly to the monkeypox outbreak: Experts