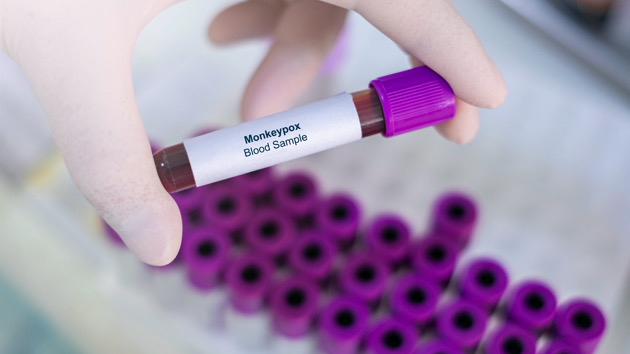 (NEW YORK) — With the number of cases of monkeypox rising across the world, and descriptions of rashes from the virus varying from person-to-person, people are concerned that any new bumps might be monkeypox.

But with more than 10,300 cases in the U.S. so far, dermatologists interviewed by ABC News caution that a mysterious rash could easily be something else — though any new rash should be taken seriously.

“Common things are common. Many other common skin conditions in the community that are more likely to be on your skin other than monkeypox,” said Dr. Mark Abdelmalek, associate professor of dermatology at the Perelman School of Medicine at the University of Pennsylvania and founder of Dermatology of Philadelphia / Mohs Surgery Center.

There are many skin bumps which can be totally normal which can appear like monkeypox, including zits, acne, skin reactions to heavy metals, ingrown hairs or even eczema or psoriasis.

Viruses such as molloscum, commonly seen in children, and varicella virus, known as chickenpox in children and shingles in adults, “can look like monkeypox due to vesicles — which are fluid filled bumps, and cause discomfort such as itching or pain,” said Dr. Michelle Henry, dermatologist and founder of Skin & Aesthetic Surgery of Manhattan.

Other sexually transmitted infections including syphilis, herpes and genital warts can present with red or raised bumps on the body.

Bacterial infections such as impetigo, which occur on areas of previous injury such as eczema or open wounds, can cause redness, inflammation and raised bumps.

There are even genetic conditions “such as neurofibromatosis which can cause longstanding skin growths, which can look like monkeypox to an untrained eye,” Henry said.

How does the monkeypox rash develop?

Experts said anyone with a new rash should try to track the timeline of how it develops, taking pictures if possible. A monkeypox rash “can appear anywhere and is usually associated with systemic symptoms and generally feeling unwell,” Abdelmalek said. The “rash starts typically with a prodrome, but you can just have lesions presenting without the prodromal in up to half of cases having skin lesions as the first sign” he said.

Once the rash develops, “it has an evolution,” said Henry. “It starts out flat, and then develops bumps which become fluid or pus filled, and then scabs over and you are infectious until the rash is healed.”

What should I do if I think someone else has monkeypox?

Dermatologists are warning against monkeypox vigilantism after a woman with a skin condition called neurofibromatosis 1 was surreptitiously filmed on the New York City subway in a Tiktok video that later went viral.

Do “not assume that a rash you see in public is monkeypox, because it is probably not going to be monkeypox,” Abdelmalek said.

If you suspect someone else may have monkeypox, “practice good hand hygiene and maintain safe distance from them,” Henry said.

What should I do if I think I have monkeypox?

According to the Centers for Disease Control and Prevention, if someone is concerned they have monkeypox they should call their health care provider who can perform further testing by taking a sample of the lesion which can determine if the person is truly infected or if it is another mimicker of the illness.

“It is important to have lesions looked at before direct skin-to-skin contact, if you have lesions you are unsure about they should be covered up until further evaluation,” Abdelmalek said.