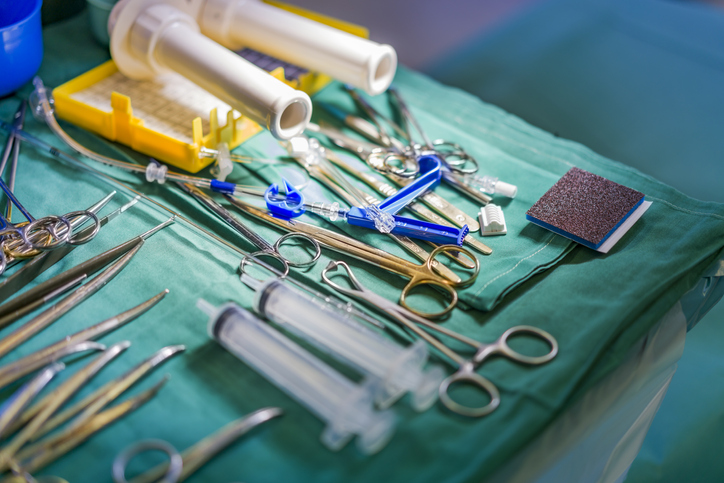 (NEW YORK) — The United States recorded its one millionth organ transplant Friday afternoon, a historic milestone for the medical procedure that has saved thousands of lives.

The record achievement was confirmed at 12:50 p.m. ET by the United Network for Organ Sharing, a nonprofit that runs the only organ procurement and transplantation network in the country.

It’s unclear which organ was the record one millionth and details about the patient are unknown at this time.

The very first successful organ transplant occurred In 1954 at Brigham and Women’s Hospital in Boston when doctors transplanted a kidney from 23-year-old Ronald Herrick into his identical twin brother, Richard, who was suffering from chronic kidney failure.

The lead surgeon, Dr. Joseph Murray, received the Nobel Prize in Medicine for his role in the procedure.

Up until the early 1980s, the number of transplants every year remained low. However, success in transplants organs other than kidneys — such as hearts, livers, and pancreases — and the advent of anti-rejection medication led to a rise in transplants, according to UNOS.

Since then, transplants have become a far more common procedure.

More than 500,000 transplants have been performed since 2007 and, in 2021, more than 41,000 transplants occurred, which is the highest number ever recorded and twice as many as occurred 25 years ago.

Despite more patients undergoing transplants than ever before, it doesn’t mean the agency is without its faults.

Approximately 5,000 people die waiting on transplant lists ever year. And a study published today in the Journal of the American Society of Nephrology in October 2020 found that many donor kidneys in the U.S. are unnecessarily discarded.

But organ donors and recipients hope that by sharing their stories, they will inspire people will sign up to donate and help reduce those long waiting lists.

When Nicholas Peters was killed in a motorcycle accident in 2020, his mother, Maria Clark, honored his wishes to be an organ donor.

His heart went to Jean Paul Marceaux, a sixth grader in Arkansas who had been suffering from heart conditions for years.

The families have since met and have become close ever since. Clark, of Madisonville, Louisiana, was even able to listen to her son’s heart beating in Marceaux with a stethoscope.

“This is why we tell our story — so that people will sign up to be donors,” Candace Armstrong, Marceaux’s mother, said in a statement.

Clark added, “We are all going to leave here. You have to talk to your family and let them know you want your organs to go on, to extend the lives of other people. I want people to know that Nick was love, he was the element of love, always helping, and it is just like him to keep giving and spreading love.”