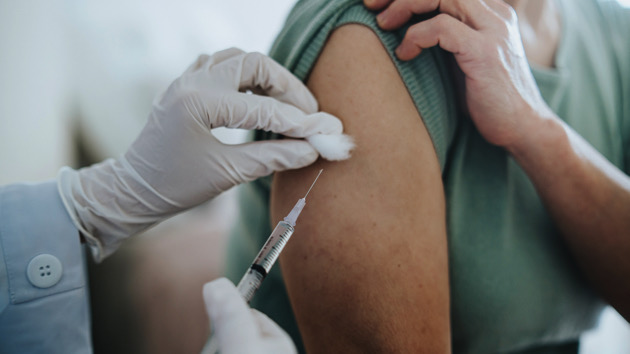 Among the 10 states with the lowest vaccination rates, as of Wednesday, none have cracked the 60% mark of being fully vaccinated, according to the Centers for Disease Control and Prevention.

This is much lower than the nationwide total of 67.6% total U.S. population being fully vaccinated.

Of those states, five also have among the lowest booster rates in the country and among the highest COVID-19 case rate per 100,000 people, the data shows. What’s more, one of the states is recording among the highest death rates as well.

Most of the states fall in the South or the West, which have traditionally been more resistant to vaccines throughout the pandemic.

Experts told ABC News this could spell trouble during the fall, when COVID-19 is traditionally at greater risk of spreading as the weather gets colder and people congregate indoors.

“What has happened is [people in] the states where they refused to get the vaccine, or were hesitant to get the vaccine, got infected,” Dr. Ali Mokdad, an epidemiologist with the University of Washington’s Institute for Health Metrics and Evaluation in Seattle, told ABC News. “What we are seeing is due to waning immunity, we are going to enter winter with a higher percentage of people who are susceptible.”

Wyoming is the state with the lowest share of residents fully vaccinated against COVID-19 at 51.9%, as of Sept. 7, CDC data shows.

Among the other nine states with the lowest vaccination rates, six — Alabama, Arkansas, Georgia, Louisiana, Mississippi and Tennessee — fall in the South, and the remaining three — Idaho, Indiana and North Dakota — fall in the Midwest or West.

There are several reasons why these states have struggled to raise their vaccination rates over the last several months, according to Dr. Jason Schwartz, an associate professor of health policy at Yale School of Public Health.

“We’ve seen vaccination efforts really hit a wall for many months now, in terms of managing to change the minds of individuals who have been either hesitant or resistant about the vaccine,” he told ABC News. “Whether it’s because of anxieties about safety, whether it’s about a lack of appreciation for the value of the vaccines, themselves or for their communities, or because of the way in which it has become so tragically politicized in a way that was really damaging to the public health effort and really damaging to the to the value of the vaccination campaign.”

And these states are doing worse when it comes to other metrics.

Five of those states — Alabama, Arkansas, Louisiana, Mississippi and Tennessee — are among the top 10 states with the highest seven-day case rate per 100,000 people as of Sept. 8.

Experts say the evidence is overwhelming that lower vaccination rates lead to a higher number of cases, but it’s more than just looking at the statewide data.

Several counties within those states have vaccination rates way below the national average.

In Cameron Parish, Louisiana — which borders Texas and the Gulf of Mexico — only 18.2% of the total population is fully vaccinated, CDC data as of Sept. 7 shows.

Similarly, in Alabama, two counties – Winston County in the northwest and Cleburne County – which borders Georgia to the northeast – have 22.3% and 29.3%, respectively, of their populations fully vaccinated.

“It’s worrisome enough to have low vaccination rates statewide, but then if you drill down into particular regions where we have even lower vaccination rates, that means that there’s just enormous susceptibility in those communities for the virus to run wild,” Schwartz said. “And without that protection that comes from high vaccination rates, everyone is a greater risk, not just of infections, which we’re seeing in those case rates, but especially when it comes to those severe outcomes.”

Dr. Wafaa El-Sadr, a professor of epidemiology and medicine at Columbia University Mailman School of Public Health, said another reason for the higher case rates in these states is the lack of following mitigation measures.

Studies have shown people who are vaccinated are more likely to practice protections such as mask-wearing and social distancing,

“The kind of reluctance to get vaccinated often moves hand-in-hand with a reluctance to maybe observe other protective measures, masking crowded indoorded settings and so on,” she said.

Deaths not spiking in these states

There are some low vaccination states that aren’t experiencing high death rates.

Experts said there may be a few reasons why states with lower vaccination rates don’t have high death rates.

These include that many residents who were at risk of dying already passed early in the pandemic and because many of these states have large rural areas where it’s less likely to come into contact with those are infected and spread the virus.

However, Schwartz said it may also be because those who are at risk are fully vaccinated and those getting sick in the states with the low vaccination rates are younger adults who are at less risk of falling ill or dying.

Meanwhile, in Georgia, only 23% of women over age 65 and 21% of men are vaccinated, according to the Georgia Department of Public Health.

“Even if a state may be lagging in its overall vaccination rate, it could do a better job earlier in the vaccination campaign, or since then reaching those highest risk individuals, that could be something that could change what we’re seeing as far as death rates,” Schwartz said.

With COVID-19 expected to rise as the U.S. heads into the fall and winter — and peak in December 2022 or January 2023 — there are fears a surge will batter states with low vaccination rates.

“There’s two things happening at the same time, there’s the people that are going more indoors, they’re congregating more indoors, and the colder weather,” El-Sadr said. “There’s also maybe the risk of a new subvariant or a new variant that may then result in a surge.”

However, experts don’t think there will be as many hospitalizations and deaths as previous waves due to widespread immunity.

Schwartz said he’s not sure if there is anything that can be done to boost vaccination rates in these states because previous efforts have been unsuccessful and those who are not vaccinated yet are unlikely to be in the future.

“There had been hope that some folks were concerned that the vaccine hadn’t received full approval and then when the vaccine had received full approval rather than an [emergency use authorization] people would come out of the woodwork to get vaccinated. That didn’t happen,” he said. “There was a thought with the Novavax vaccine that was introduced earlier this summer that maybe there were folks that were sort of hesitant about mRNA vaccines that might be more comfortable with a new vaccine that uses a more familiar technology. That didn’t happen, either.”

Schwartz continued, “I think what we see now is that people who aren’t vaccinated have very deeply held beliefs at this point whether it’s you about safety or just being a part of their of their ideological commitment, unfortunately, makes it hard to see a way to sway them with messaging or encouragement.”