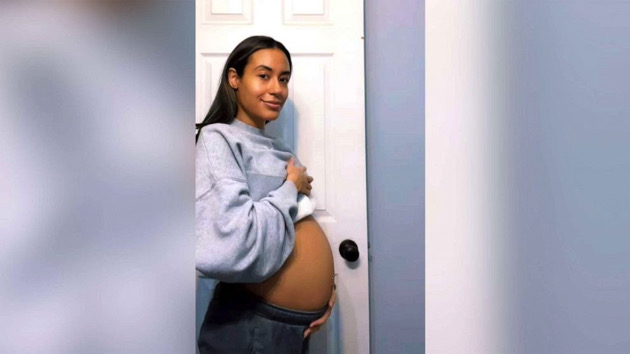 (NEW YORK) — A Minnesota woman is sharing her health battle on TikTok, she says, in order to raise awareness and encourage women to advocate for themselves and their health.

Raquel Rodriguez, 25, said doctors first found a cyst on her ovary in 2016 while doing testing to determine why she was experiencing kidney infections so severe she had to be hospitalized.

Ovarian cysts, fluid-filled sacs that forms on or in the ovaries, can happen monthly in the ovulation process. Most of the cysts are what gynecologists call “functional cysts” that resolve on their own and are typically benign, according to the U.S. Office on Women’s Health.

Rodriguez said over the course of the next several years, she continued to experience intermittent kidney and bladder issues, as well as pain during intercourse.

Though the pain during intercourse was often severe, Rodriguez said she struggled to seek help.

“Me being a teen, I was kind of embarrassed, like, I don’t know if this is normal,” Rodriguez said, adding that after a negative experience with a male emergency room doctor, whom she said she felt undermined her pain, she never sought help for the pain again.

Even though Rodriguez said she continued to experience symptoms such as continued pain and frequent urination, it was only this past year that she said she began to notice more physical changes, including extreme bloating.

“I kind of took it into my own hands to do as much research as possible,” she said. “I really started to dig and look at Reddit threads and talk to other women that had the same thing, and then I really started to advocate for myself.”

Rodriguez said she wanted to be “as educated as possible” about what was going on with her body because the previous times she sought medical care for her symptoms, she “wasn’t taken seriously.”

Through her research, Rodriguez said she assumed it was her cyst that was growing and went to a midwife, noting, “I thought they would listen to me better than anyone else had.”

The midwife she saw ordered an emergency ultrasound with a doctor that same day, according to Rodriguez. On the ultrasound, a cyst was found that extended from Rodriguez’s pubic bone to her sternum.

“She said, ‘I’ve never, ever in my life seen something this big before,"” Rodriguez said of the reaction of the doctor who performed the ultrasound. “I remember after walking out of the appointment, I called my mom immediately and told her, and I called my sister and told her, and everyone was really excited because we’d dealt with this for so long. I was really, really relieved.”

In June, on her 25th birthday, Rodriguez underwent a two-hour surgery to remove the cyst, which weighed 10 pounds and carried more than four liters of fluid.

“The first thing I noticed after surgery was not having to pee right away. I could drink a glass of water and not have to go pee immediately,” she said. “That night after the surgery, I looked down at my stomach and it looked like it was sunken in, which was super weird.”

Rodriguez’s surgeon, Dr. Adrienne Mallen, a gynecologic oncology specialist, said the cyst was large enough that it looked like Rodriguez was carrying a full-term pregnancy.

“The abdominal cavity, I tell people it’s like thinking of the inside of a beach ball. It’s easy to hide growths,” Mallen said. “The body is pretty adaptive, so it can be very easy to not notice something in that area, and sometimes it’s not noticed until it comes out of what we refer to as the pelvis, especially in women’s bodies.”

Mallen said that because there is no common way to check women’s ovaries, ovarian cysts can often go undetected.

“The best test we have to determine if there’s growth is a pelvic examination with your doctor,” Mallen said, adding that ultrasounds are then used to help determine if a cyst is benign. “We don’t have a standard test that you can get to check your ovaries, it’s only if you’re having a problem.”

Though ovarian cysts affect millions of women each year, only around 5% to 10% of women, like Rodriguez, have cases severe enough to require surgery to remove an ovarian cyst, according to the National Institutes of Health (NIH).

“I tell people to just focus on body awareness so they can feel empowered because they know their body well,” Mallen said, adding of her own patient, “Raquel was a great advocate for herself and made sure she found a team that was listening to her.”

Ovarian cysts — which can be caused by hormonal changes, endometriosis, pregnancy and severe pelvic infections — often cause no symptoms at all.

Over the past year, as Rodriguez got answers herself, she began to share her health journey on TikTok to help raise awareness about ovarian cysts and women’s health.

She said that as she continues to recover and improve, she has also been surprised to find herself with a platform to help empower women when it comes to their health.

“Women are dismissed so often and it is not really talked about,” Rodriguez said. “I realized just how strong I was getting through this surgery, advocating for myself, and then being able to share my journey with other people. It has really made me feel empowered.