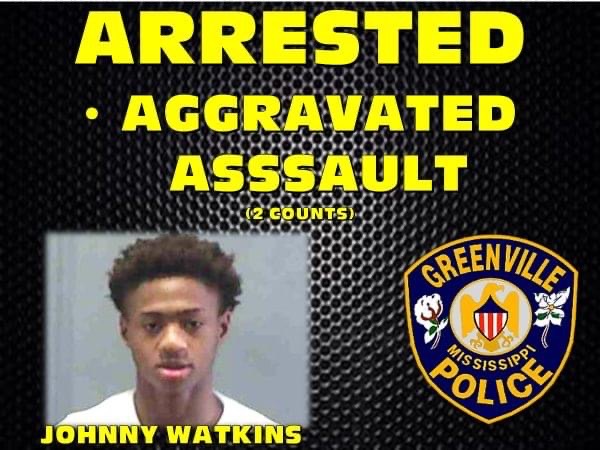 19-year-old Johnny Watkins has been identified as one of the males  who was inside of a vehicle that shots were fired from.

On December 23rd, around 2:50 p.m., Greenville police responded to a shooting in the 600 block of McCorkle Circle. When they arrived, they spoke with a 19-year-old female and a 20-year-old male who stated that they were walking into a relative’s home when shots were fired from a vehicle.

Watkins turned himself in on January 23rd. He is being held at the Washington County Regional Correctional Facility where he is waiting fo his first court appearance.