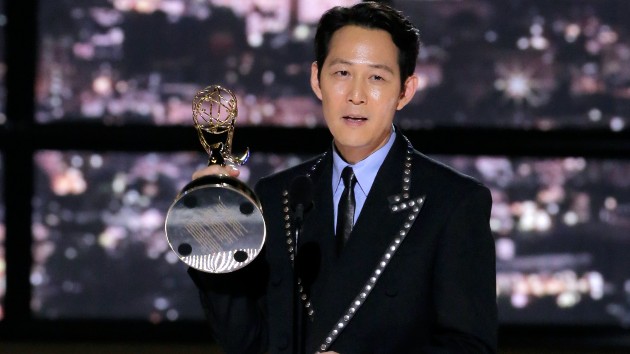 Jung-jae, who won for his leading role as Seong Gi-hun in the record-breaking Netflix series Squid Game, is the first South Korean actor to win in the category. He’s also the first actor of Asian descent to win the honor.

He then shouted out the series’ director, Hwang Dong-hyuk, “for making realistic problems we all face come to life so creatively on the screen with a great script and amazing visuals.”

Dong-hyuk also made history for being the first South Korean to nab the Emmy for Outstanding Directing for a drama series.

Get a room: Check out Taye Diggs in the trailer to the reality dating series ‘Back in the Groove’