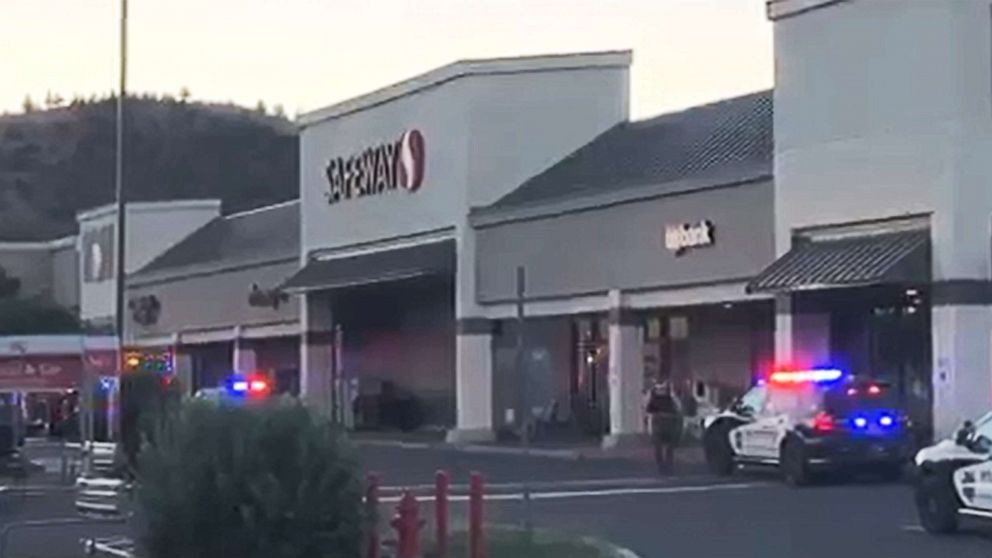 (BEND, Ore.) — An employee who attempted to disarm a gunman was among the victims of a shooting inside a Safeway supermarket in Bend, Oregon, police said Monday.

Two people were killed in the shooting Sunday evening, police said. The alleged gunman was also found dead inside the store of a self-inflicted gunshot, police said.

The incident was reported just after 7 p.m. local time at The Forum Shopping Center in Bend, a small city about 130 miles southeast of Oregon’s capital, Salem.

The shooter was identified Monday as 20-year-old Ethan Blair Miller, a Bend resident who lived near the shopping center, Miller said.

Police believe the armed suspect entered from the back of the shopping center and initially fired into a Costco parking lot and a Big Lots store. There were no injuries reported at either of those locations, according to police.

He then entered the Safeway and shot Bennett near the west entrance. Bennett was transported to a local hospital where he was confirmed dead, police said.

The suspect continued inside the supermarket, shooting and killing Surrett, according to police.

Officers responding to the shooting entered the Safeway and found the alleged shooter dead inside the store. The officers fired no shots, police said.

The suspected shooter died by a self-inflicted gun wound, according to surveillance footage, police said Monday.

At a press conference late Sunday, Bend Police Chief Mike Krantz told reporters that the suspect was carrying an AR-15-style rifle and a shotgun.

How the shooter obtained the weapons is currently under investigation, officials said on Monday.

Krantz noted the size of the crime scene, saying it will take time to collect and process all the evidence. Police have not determined a motive for the shooting, Krantz said at Monday’s press conference.