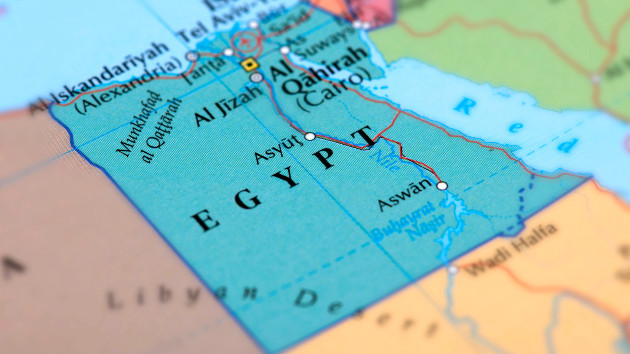 (LONDON) — Family members of activists imprisoned in Egypt called on the United States and British governments to exert more pressure on Cairo to free their loved ones before the COP27 climate summit began in the Red Sea resort of Sharm El Sheikh.

Egypt’s human rights record came under renewed scrutiny before the country began hosting the climate summit, which runs through Nov. 18. Many world leaders are attending to discuss ways to curb greenhouse emissions amid the growing threats posed by climate change.

While climate-related topics will naturally top the agenda in Sharm El Sheikh, the families of imprisoned activists hope western countries can take advantage of the occasion by using their leverage to coax Egypt into releasing political detainees.

Human rights groups estimate that tens of thousands of people, mostly Egyptians, languish behind bars in politically-motivated cases. Egypt denies that, saying that the number of detainees is overblown and that all have undergone or are undergoing due legal processes.

Among those who spoke to a virtual media briefing on Saturday is Sanaa Seif, the sister of prominent Egyptian-British activist Alaa Abdel Fattah, who has been on a partial hunger strike for more than 200 days while incarcerated.

Abdel Fattah’s family said he resorted to a full hunger strike on Nov. 6 in a desperate attempt to raise his case at the summit. He may die before the conference ends if no action is taken, his family said. Abdel Fattah’s lawyer on Thursday said he was visiting the activist in prison amid reports there had been a medical intervention.

“We got a call from Foreign Secretary Cleverly. He assured that it’s a priority for the British government but I’m not sure if they have a plan,” she added.

Mohamed Amasha, a Yale University PhD student and the son of veterinarian and environmental activist Abdel-Sattar Amasha, hopes congressional leaders can help free his father, who has been imprisoned for over two years since being accused of belonging to a terrorist group, referring to the outlawed Muslim Brotherhood — a charge often leveled against dissidents.

Amasha spent two years in jail from 2017-2019 before being re-arrested in June 2020. His son says he was tortured, sexually assaulted and electrocuted while in prison.

U.S. Sen. Chris Murphy raised Amasha’s case on the Senate floor in September, saying that “one of my constituents is suffering through the pain and uncertainty of having a relative unjustly imprisoned in Egypt.”

“We hope they will mention dad’s case in Sharm El Sheikh. It’s an opportunity given that Egypt is trying to portray itself as a progressive country while imprisoning activists,” Amasha said at the media briefing.

Egypt has intensified its crackdown on dissent ahead of the climate summit, with rights groups saying that more than 100 people were arrested amid unidentified calls for protests on Nov. 11, the day U.S. President Joe Biden will visit Sharm El Sheikh.

The latest wave of arrests came even though Egypt has recently launched what it called a “national dialogue” with some opposition figures and released dozens of detainees in an apparent goodwill gesture.

Rahma Fateen, daughter of Seif Fateen, an MIT-educated professor and environmental engineer, says her father had spent the maximum limit of two years in pre-trial detention after facing charges of belonging to a terrorist group.

“I really hope [members of Congress] would be able to raise his case,” Fateen, who is also based in the U.S., said at the media briefing.

“His seven children need him, my mother needs him; she has been taking care of the entire family and his elderly parents. We miss having him there in our major events. I got married, my sister gave birth and my siblings graduated and he hasn’t been there,” Fateen said.

US citizen imprisoned in Saudi Arabia over tweets