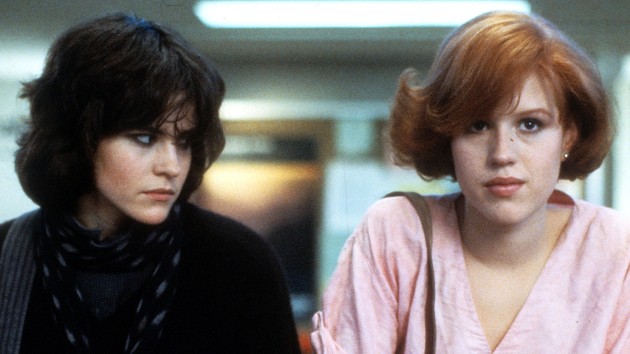 While many familiar films and TV shows are getting reboots and “follow-ups,” like Sex and the City’s …And Just Like That, don’t expect the gang from the classic ’80s movie The Breakfast Club to try to catch lightning in a bottle again.

That’s at least according to co-star Ally Sheedy. “We wouldn’t do it. We wouldn’t do it,” the Single Drunk Female star insisted on the podcast Behind the Velvet Rope with David Yontef.

While her co-stars Anthony Michael Hall, Molly Ringwald, Judd Nelson and Emilio Estevez are still working, it looks like we’ll never see what happened to their respective characters as they passed middle age.

With regards to a possible follow-up to the high school comedy from the late John Hughes, Sheedy explained, “It would feel like trying to recreate something that happened, no matter what the script would be. I just don’t…I don’t think it would happen,” she said, adding, “It would just feel too…ugh.”

Linda Ronstadt’s “very glad” about her hit song’s ‘The Last of Us’ boost, but won’t see any money from it

NBC’s ‘The Blacklist’ to end with season 10