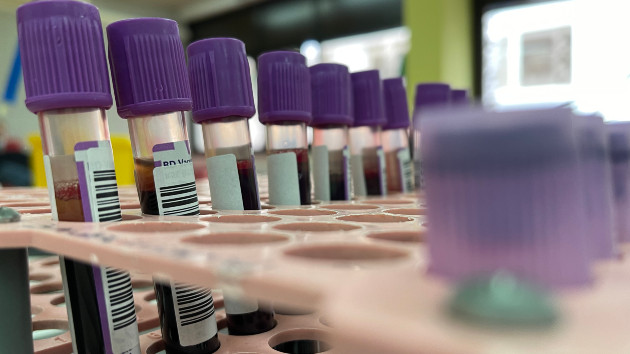 (NEW YORK) — Since the first case of monkeypox was detected in the United States in mid-May, the outbreak has led to more than 10,300 reported cases across the country as of Wednesday.

The evolving situation moved the Department of Health and Human Services to declare a public health emergency last week.

Many questions have emerged over the last two-and-a-half months including how the disease spreads, how it’s treated and which vaccines can prevent infection.

Experts spoke to ABC News about the primary methods of transmission, why most patients won’t need treatment and what people can do to protect themselves.

Although monkeypox can spread during intimate sexual contact, as many cases have during this outbreak, there is no evidence it is a sexually transmitted disease.

It can also spread through prolonged contact with objects or fabrics — including clothes, bed sheets and towels — touched or used by someone with monkeypox, but this brings a lower risk.

Dr. Gabriela Andujar Vazquez, an infectious disease physician and associate hospital epidemiologist at Tufts Medical Center in Boston, told ABC News a person is much less likely to contract monkeypox by brushing past a positive patient or by using shared public spaces such as a swimming pool, gyms, restrooms or public transit compared with skin-to-skin contact.

“We don’t think shared bathrooms, locker rooms, things that are shared publicly — or even within households — are a major mode of transmission,” she said. “It’s really direct contact with a person who is infectious.”

This is different from a previous monkeypox outbreak in 2003, linked to contact with pet prairie dogs, which were infected after being kept near small mammals from Ghana.

Dr. Jessica Justman, an associate professor of medicine in epidemiology at Columbia Mailman School of Public Health, emphasized this could change.

“I think we all learned with COVID that things can change, particularly in public health when we are dealing with an outbreak and we just need to all be prepared for the information to change and the public health messaging to change as we gain more information,” Justman told ABC News. “And COVID was a brand new virus. At least with monkeypox, it’s not a brand-new virus.”

She added, “But the current outbreak has a number of features to it that are different from prior outbreaks.”

The incubation period from the time a person is exposed to when symptoms first appear can range from three days to 17 days, according to the Centers for Disease Control and Prevention.

The most common symptom is a rash that can appear on the arms, legs, chest or face or on or near the genitals, the health agency said.

Lesions start out as dark spots on the skin before progressing to bumps that fill with fluid and/or pus.

Finally, the lesions will scab over and eventually fall off. People may be left with scars or skin discoloration, but health officials say a person is no longer infectious once the scabs are gone and a fresh layer of skin has formed.

What treatments are available

Most monkeypox patients recover within two to four weeks without specific treatments and receive “supportive care” such as Tylenol for fever or topical pain relievers for rashes.

However, some patients at high risk of severe illness, such as those with weakened immune systems, may benefit from treatment.

Tecovirimat, known under the brand name TPOXX, is a two-week course of pills approved by the U.S. Food and Drug Administration to treat smallpox.

However, TPOXX was made available to treat monkeypox under “compassionate use” by the CDC after animal studies showed it can lower the risk of death.

Vaccines that can protect against infection

There are two vaccines that can be used to prevent monkeypox.

The only one currently being used is JYNNEOS, which is a two-dose vaccine approved by the FDA to prevent smallpox and monkeypox.

“We would give the vaccine ideally by four days from your exposure, but we think it may be still beneficial to do it if it’s been 14 days after you were exposed,” Andujar Vasquez said.

Data from Africa has shown two doses of JYNNEOS are at least 85% effective in preventing monkeypox infection.

The other vaccine, ACAM2000 — which the U.S. has in a stockpile — is not being used because it has been shown to cause side effects in people with certain conditions, such as those who are immunocompromised.

To increase the number of JYNNEOS doses available, health officials announced Tuesday they would be implementing a new strategy to inject the vaccine intradermally, just below the first layer of skin, rather than subcutaneously, or under all the layers of skin.

This will allow one vial of vaccine to be given out as five separate doses rather than a single dose.

The experts say for most Americans, the risk for monkeypox is still low. However, they recommend proper hand hygiene and following CDC guidelines for practicing safer sex.

“It’s worth it to pay attention to what’s happening with monkeypox, but I would not worry about shaking hands with people [without monkeypox] or opening doors or touching surfaces,” Justman said.

Tips for resetting your mental health in 2023