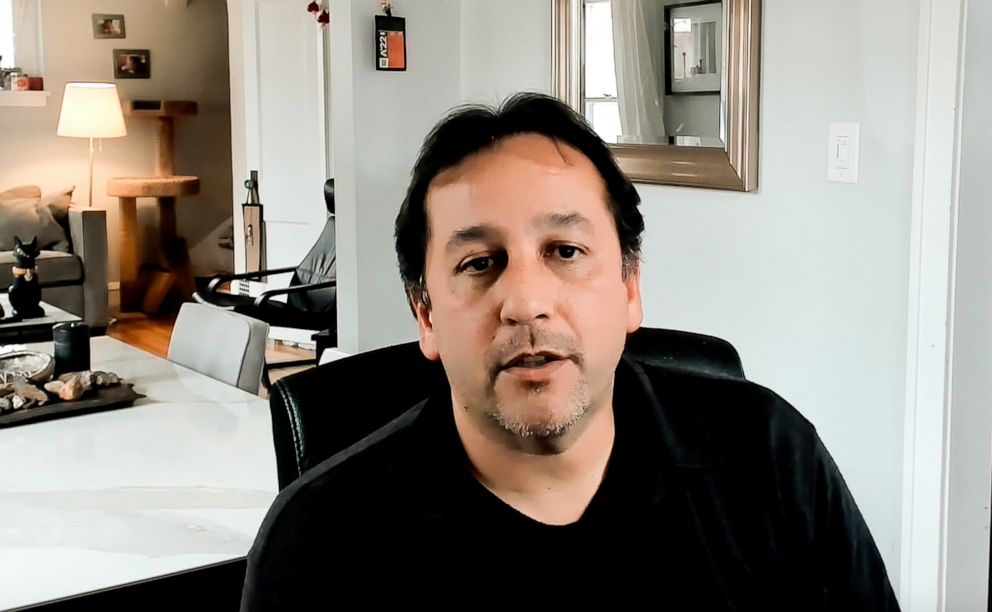 (NEW YORK) — Sam Olbekson was first exposed to architecture at age five, when his uncle was a construction worker on a project to build the Minneapolis American Indian Center.

Decades later, Olbekson, 51, now runs his own architecture firm, Full Circle Indigenous Planning. He’s also MAIC’s board president, designing an addition to the building which will begin construction next month.

A citizen of the White Earth Nation of Ojibwe in Minnesota, Olbekson split his childhood between the area’s reservations and urban Native American populations, observing and experiencing their impoverished living conditions. Inspired by his childhood interest in art, math, and social justice, he went onto study architecture in college and later earned a graduate degree in urban design.

“I can come back now to tribal communities and do that large scale master planning,” he said. “Architecture is about an individual building. But designing the entire community was a goal of mine.”

Olbekson currently works with Native clients across the country on projects ranging from schools to clinics, centering Indigenous cultural values and perspectives on environmental sustainability.

After Native Americans were forcibly displaced from, even killed on their land, then relegated to scattered reservations, Olbekson said architecture today can reinforce tribes’ legal sovereignty over their land as well as their “cultural sovereignty,” both reflecting their traditions and envisioning their future.

“It’s about what the next seven generations will need to thrive as contemporary Native American nations.” he said. “Shaping your built environment is so important to any community because our environment shapes us.”

In the past, Olbekson said many non-Native architects have assumed the role of “outside experts” designing for, not with, tribal communities, failing to meet their unique cultural needs as a result.

Instead, Olbekson said his approach maintains his clients’ authorship over their projects, engaging tribes’ political and cultural leaders, as well as local artists and builders.

“I always start off by not drawing, but just simply asking, ‘What is the meaning of this place? Who are you as a people?"” he said.

For example, Olbekson said the Minneapolis American Indian Center, which houses an art gallery, was originally designed in a brutalist style with sharp angles.

“But those angular spaces don’t really work for gathering,” which Olbekson noted is key to many Native cultures.

He observed the building was also very “introverted,” lacking a “clear sense of entry” connecting it to the broader neighborhood.

“Tribal communities usually have a welcoming song, and there’s a ceremony about that. So how can a building have this sense of ceremonial welcoming?” he said.

Their solution, Olbekson said, was to create an open floor plan, making the building “one space” rather than multiple siloed rooms. The redesign also features large windows and a round, central gathering space that flows into other areas, including a café serving Indigenous food.

When designing Mino-bimaadiziwin Apartments, an affordable housing project for the Red Lake Nation in Minneapolis, Olbekson said he similarly contemplated how a six-story 110-unit building could express the community’s cultural values.

To start, they ensured the apartments included larger units to accommodate Indigenous family structures where, often, six to eight people live in the same intergenerational household.

But beyond apartments, the building also houses other facilities, including the Red Lake Nation Embassy, a wellness clinic, basketball court, community kitchen, daycare, garden with medicinal plants and a room where residents can take online classes at the tribal college.

He noted they also reflect Indigenous views on the inextricability of shelter, food, recreation, healthcare, education and their holistic necessity for a community’s overall growth and well-being.

At the groundbreaking for Mino-Bimaadiziwin, which means “live the good life” in Ojibwe, Red Lake Tribal Chairman Darrell Seki told the crowd: “This building is for you. For you to take care of your families, your children, the next generation.”

Part of a system

Sustainable, regenerative design is also paramount to many tribes who’ve traditionally built their structures from materials in their environments, tying to their creation stories, Olbekson said.

“Each culture has a different way of thinking about the land, but the commonalities are that everything is related, that we exist with the land, not on the land,” he said. “We’re part of a system.”

But respecting the land and topography also means knowing where not to build, Olbekson said.

While designing several projects along a confluence of rivers called Bdote, Olbekson said they deliberately located the Wakan Tipi Center at a distance from its namesake and Dakota sacred site Wakan Tipi Cave to honor its sanctity.

In traditional times, sacred sites were all connected around this river landscape, he said, but “in modern times, they’re separated by highways and bridges, different arbitrary city borders.”

Olbekson said by “decolonizing the process” and removing those borders, the project could place jurisdictional authority and cultural direction into the hands of the Dakota people, the land’s original stewards.

Ideally, Olbekson said every tribal nation would have an architect from their own community. But the American Institute of Architects reported that less than 0.44% of their members were Indigenous in 2021.

To increase the ranks of Native architects and awareness of the profession, Olbekson, an American Indian Council of Architects and Engineers board member, said he always offers to speak with students at schools in tribal communities whenever he works on a project.

“Then they can see someone that looks like them, that has their history, maybe the challenges they’re experiencing right now and see that it’s possible, this is a thing that is reachable for them,” he said.

“As designers, we shape our schools,” he added. “But those schools, in turn, shape our future generations. Our buildings are shaping future cultural leaders.”