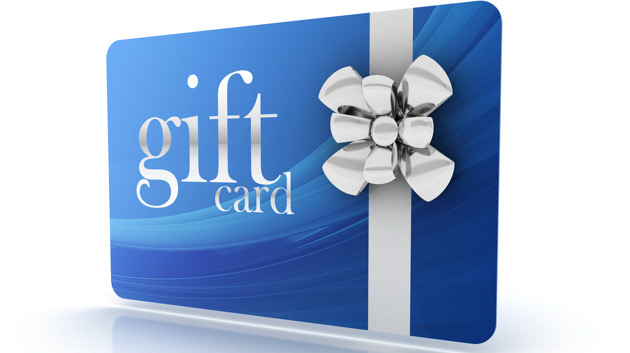 (NEW YORK) — As the holidays approach, experts estimate that roughly 60% of consumers plan on purchasing gift cards this December, making it one of the most popular gift-giving options. As a $173 billion business, gift cards have come a long way since they were first introduced in 1994.

More than 3.4 billion gift cards were sold in the United States in 2021 and 47% of U.S. adults said they have one or more unused gift cards in their possession, according to Research and Markets. But as environmentally conscious consumers demand more sustainable products, plastic gift cards have often flown under the radar, despite frequently ending up as plastic waste.

“As someone who works everyday trying to reduce plastic pollution, even I did not appreciate how many plastic gift cards are sold in the United States,” Judith Enck, founder of the advocacy group Beyond Plastics, which is working to eliminate single-use plastics and plastic pollution around the globe, told ABC News.

Most of those billions of gift cards are made from plastic, but some retailers, like Starbucks, Apple, and Amazon, have begun to sell paper or cardboard cards, which come from a renewable source and are easier to recycle. The best sustainable option is an electronic gift card, which has zero waste, but the majority are still produced in plastic.

The Environmental Protection Agency classified vinyl chloride, a key component in the production of PVC, as a hazardous pollutant and human carcinogen. The production and disposal of PVC plastic puts a variety of people at risk of exposure to toxic chemicals.

“I don’t think there’s a risk from handling the PVC cards, but there definitely is a risk from manufacturing them,” Enck told ABC News. “If these cards are being burned, or even going to a permitted municipal waste incinerator in the United States, they pose a problem.”

The EPA is currently weighing whether to classify PVC plastic as hazardous waste, which would force entities to properly discard PVC in a responsible way.

Because it’s so difficult to dispose of, the bulk of PVC waste, including gift cards and bales of cut-out PVC from the production of gift cards, often end up overseas and illegally dumped in countries like Turkey, Malaysia, and Indonesia, experts said.

“The reality is it’s not recyclable and it ends up here, in an agricultural field,” Sedat Gündoğdu, a biologist and professor at Cukurova University in Turkey, who focuses on plastic pollution, told ABC News.

Gündoğdu has collected heaps of discarded gift cards from U.S. and U.K. retailers that have been illegally dumped and buried in agricultural areas across Turkey.

“Users in the United States are throwing out these cards, thinking they’re being recycled, but they’re really being sold to places like Turkey where they get shipped over and they’re just getting dumped,” Gündoğdu said.

Some of the discarded cards Gündoğdu finds are new and unused. Chanda Wicker, a senior vice president at InComm Payments, a payments technology company, told ABC News that the gift card industry is working towards forecasting consumer demand to “prevent over-production of cards and reduce industry waste.”

Wicker said paper cards are typically less expensive than PVC cards to manufacture and that 70% of the cards InComm Payments have purchased from contracted printers are made from paper.

Although plastic continues to remain popular, the Retail Gift Card Association Sustainability Task Force told ABC News it is “working on publishing a Sustainability Best Practice guide” to help retailers “make decisions that drive us towards a more sustainable future.”

If you do want to purchase gift cards this year, both Gündoğdu and Enck recommend e-cards or paper alternatives, and they urge popular gift card retailers and grocery stores to tell companies to stop producing PVC cards.

“PVC cards should be banned because we have paper alternatives, which are less toxic than plastic,” Gündoğdu said.

If you do have old plastic gift cards and want to dispose of them safely, Enck recommends throwing them away in the trash.

“Definitely don’t put it in your recycling bin, and contact companies and tell them to stop making PVC gift cards as soon as possible.”

Returning a Christmas gift? Here’s what to know

A car made from recycled plastic? This could be the future

Here’s how to avoid gift card scams this holiday season