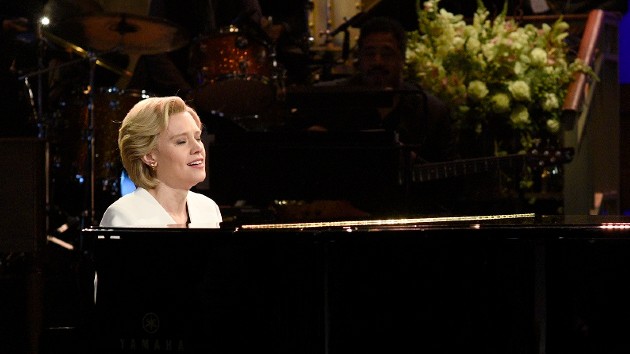 The now-conservative-leaning actor said on The Glenn Beck Podcast Saturday that it showed the long-running sketch series took a turn away from comedy.

“I hate to crap on my own show,” he admitted.

“… Hillary Clinton lost, which is understandable, she’s not exactly the most likable person in the room,” Schneider opined. “And then when Kate McKinnon went out there on Saturday Night Live in the cold opening and all that … dressed as Hillary Clinton, and she started playing ‘Hallelujah.’ I literally prayed, ‘Please have a joke at the end."”

He recalled thinking, “‘Don’t do this. Please don’t go down there.’ And there was no joke at the end, and I went, ‘It’s over. It’s over. It’s not gonna come back."”

As it turns out, Schneider’s comedic instincts weren’t rusty: There was debate about whether the performance was “too somber” for a comedy show following former President Donald Trump‘s electoral victory, McKinnon admitted in a recent emotional interview with Esquire.

That said, she had a very different view of her viral performance of Leonard Cohen‘s classic.

McKinnon said, “In my tenure at the show, I got the most response about this one thing.”

She told the magazine, “… in this moment when it was so emotional for everyone in the country … I suddenly understood [the song] as, like, the love of this idea that is America. That all people are created equal, and that’s the most beautiful idea … but the execution has been long and tough and we’re still just trying to get it right. But that it’s worth it, and that it will always be worth it.”

Regina King pays tribute to her “guiding light,” son Ian, a year after his death

In Brief: In brief: ‘Night Court’ reboot guest stars; End of the line for ‘Snowpiercer’, and more