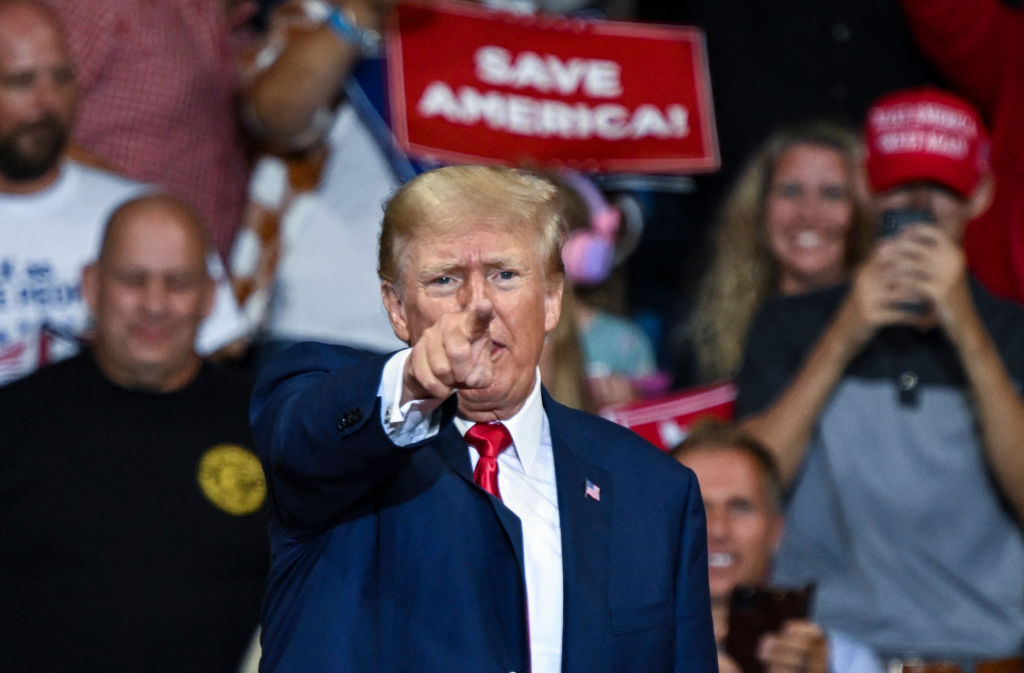 (WASHINGTON) — A federal judge granted lawyers for former President Donald Trump’s request to have a special master oversee the documents seized at Mar-a-Lago.

To break down the latest developments of the saga, a standoff between the Department of Justice and the former president, “ABC News Prime” spoke with Kan Nawaday, former federal prosecutor and ABC News contributor.

Nawaday discussed the implications of this decision, how it will affect the Department of Justice’s investigation and what he expects the next steps will be.

PRIME: ABC News contributor Kan Nawaday, [is] a former federal prosecutor for the Southern District of New York. Thanks so much once again for being here. Let’s start off just with your reaction to the judge’s ruling to actually grant Trump’s request for a special master. Did that surprise you?

NAWADAY: It didn’t surprise me to grant a special master to review the attorney-client privilege documents. It was mind blowing, mind boggling that she granted the request for a special master to determine whether items are subject to the executive privilege. There really is no basis in the law and precedent for doing something like that for a former president.

PRIME: Some people are saying, ‘well, of course, she was appointed by Trump. What do you expect? Of course she’s going to rule in his favor.’ Do you think there’s anything there?

PRIME: How do you think this will impact the Justice Department investigation going forward, and do you expect them to appeal?

NAWADAY: It’s going to slow down their investigation to a crawl. What will happen is Trump, the former president, is going to fight about everything, about who the special master is going to be, about the process and about everything. And there are 11,000 documents involved. I can see DOJ filing an appeal just because of how bad of a precedent this opinion sets.

PRIME: We heard Pierre [Thomas] talk about that Friday deadline. What do you expect to happen at that point?

PRIME: All right. So let’s talk about the implications of the upcoming election with regard to this investigation. Of course, there’s that unwritten rule that the DOJ has or they don’t react basically or don’t act for 60 days leading into an election so that doesn’t seem like there’s anything biased or improper going on. So how will that influence?

NAWADAY: First of all, you are absolutely right, it’s an unwritten rule. The DOJ tries to avoid overt actions that could influence an election. And I think that’s important to remember. I think if there’s a grand jury out there, it’s going to continue its investigation, DOJ will continue its investigation and do all the covert things like speaking with witnesses, things like that, bringing people in the grand jury. What they likely won’t do is do something overt like charge somebody.

PRIME: Some new developments out of New Mexico where you had a public official who was removed from office after participating in Jan. 6. Explain to us the circumstances surrounding that and what that means now going forward.

NAWADAY: Well, what basically happened was there was a county commissioner in New Mexico who had been convicted federally for his participation in the events of Jan. 6. And a private citizens group brought an action to disqualify him from holding office as a public commissioner, as a public official.

And the basis for that is under the 14th Amendment, there’s a disqualification clause which says that if you are a public official and then you commit insurrection, you can no longer hold public office. So this is pretty groundbreaking. This is the first time, I believe, since the 1800s, that this disqualification clause has been used. So it could potentially be groundbreaking.

PRIME: Before I let you go, I want to go back to Trump just really quickly. We’re, of course, getting everybody’s opinion here. Everybody has one with regard to, do you think that Trump will ultimately be indicted?

NAWADAY: I think there is so much evidence there that in any other case, somebody would have charged this.

PRIME: Kan Nawaday, thank you so much, as always.