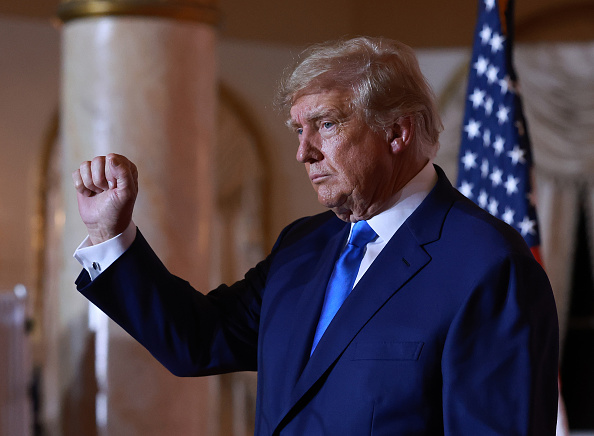 (WASHINGTON) — At least fourteen of Donald Trump’s handpicked candidates are projected to have lost their election bids, according to an ABC News count — results that have some Trump aides concerned as the former president prepares for a “big announcement” regarding his potential 2024 presidential run.

Sources close to Trump described him as “fuming” at his Mar-a-Lago estate Tuesday night as GOP candidates he had backed started to lose or underperform.

“This is a sinking ship,” one top Trump adviser told ABC News. “We’re not going to beat that.”

“This was the end of the Trump era and the dawn of the DeSantis era,” a Republican operative close to the Trump orbit told ABC News. “Like every other Trump catastrophe, he did this to himself with stupid and reckless decisions.”

On his Truth Social account, Trump said Tuesday was a “GREAT EVENING.” His candidate for Senate in Ohio, J.D. Vance, was projected to have beaten Democrat Tim Ryan, and his Senate candidate in North Carolina, Ted Budd, was also projected to have won his race — with races in Arizona and Nevada yet to be called and control of the House and Senate still to be determined.

But some of Trump’s most high-profile candidates saw losses in the battleground states of Pennsylvania, Michigan, Wisconsin and Ohio.

Trump was particularly unhappy as he watched two candidates he endorsed in Pennsylvania — Senate candidate Dr. Mehmet Oz and gubernatorial candidate Doug Mastriano — lose their elections. Trump had been in the state rallying for both candidates just three days earlier.

“We have tens of thousands of people here,” Trump told the Pennsylvania crowd at a rally Saturday. “If these people vote for you, Doug, and if they vote for you, Oz, you can’t lose. We can’t lose.”

In an email blast touting “unprecedented successes” that was sent out before any races had been called, Trump boasted that his political action committee had spent “$3.4 million opposing [Oz opponent] John Fetterman in Pennsylvania.”

But a day later, sources say Trump has been angry with his wife, Melania, and Fox News host Sean Hannity, for pushing Trump to endorse Oz. The former president is also blaming aides for misguiding him on some of his other endorsements.

Trump told advisers Tuesday night that he was also shocked that the Georgia race between incumbent Democratic Sen. Raphael Warnock and GOP challenger Herschel Walker was too close to call, per sources. On Wednesday, ABC News reported that neither candidate will receive more than 50% of the vote, sending the race to a runoff on Dec. 6.

As the results came in, the phones of Trump’s top political aides began ringing off the hook — and by the end of the night only a handful of aides remained around him, sources told ABC News.

As the night progressed, Trump told top aides he wasn’t particularly interested in addressing the crowd he had gathered there, although he did end up speaking for a few minutes, telling the crowd that the numbers were “amazing” so far.

Trump announced on Monday that he planned to make a “big announcement” next week about plans for his 2024 presidential run. Some close to Trump told ABC News they hope the vague nature of the statement could give him an escape hatch should he decide not to run.

But others who have spoken with Trump say he’s unlikely to renege on his plans because he’s spent the last two years teasing a run, official announcement or not.

“Hard to back out now,” one adviser said.

Trump adviser Jason Miller told Newsmax on Wednesday that he was hoping Trump would delay his announcement until after the Dec. 6 Georgia runoff, saying, “I am advising the president to hold off until after the Georgia race.”

When asked if Trump should campaign for Walker in Georgia, McEnany said, “I think we’ve got to make strategic calculations. Gov. DeSantis, I think he should be welcome to the state, given what happened last night. You’ve got to look at the realities on the ground.”