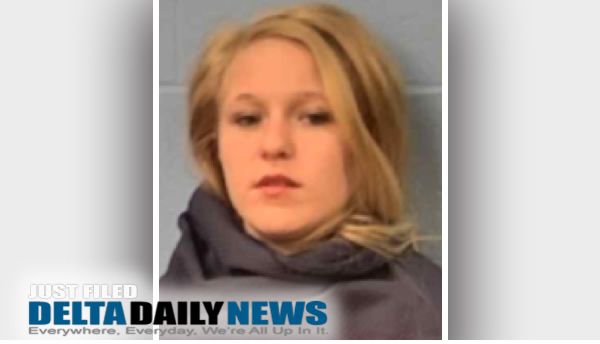 Tim Reeves,mss (Ben Caxton)—-A Vicksburg woman has been arrested and charged with multiple felonies following testimony she gave as a witness in a trial in June 2019.

Tiffany Crutchfield, 23, was arrested early Sunday morning on two warrants. She is charged with possession of methamphetamine and possession of a stolen firearm.

The warrants stem from her testimony in Warren County Circuit Court in June 2019, where she appeared as a witness and claimed possession of the narcotics and the firearm.

Crutchfield had her initial appearance in municipal court Sunday, where Judge Angela Carpenter set a bond of $50,000 and bound the case over to the grand jury.