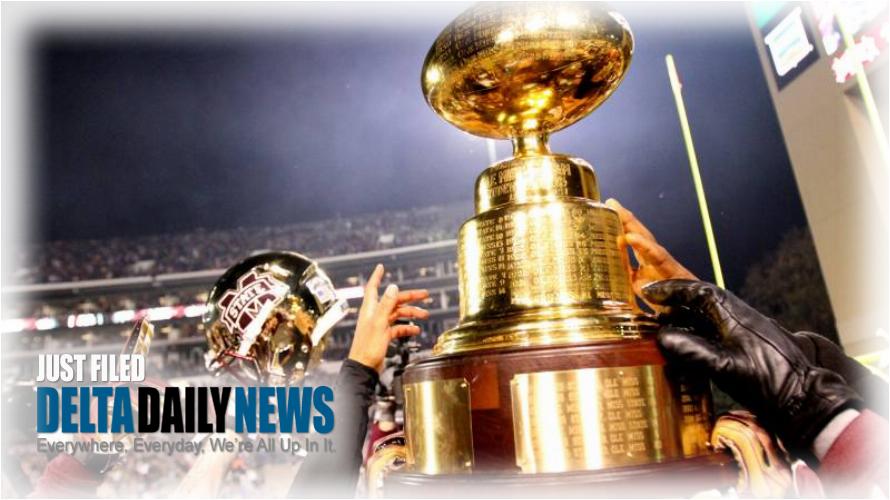 STARKVILLE, MS (Ben Caxton) — Tonight’s “battle for the Golden Egg” will likely be decided by which team best runs the ball. Ole Miss has rushed for 261.5 yards per game to lead the Southeastern Conference while Mississippi State averages 228.5 yards per game to rank third in the SEC. The Bulldogs rely on running back Kylin Hill and the Rebels rushing attack features quarterback John Rhys Plumlee. The road team has won the past four Egg Bowls including back-to-back Ole Miss victories at Starkville in 2015 and 2017. Mississippi State won 35-3 in Oxford last year and a fight between the teams broke out following the last play of the third quarter. It initially began with Mississippi State’s Johnathan Abram and Ole Miss’ A.J. Brown who are now both in the NFL. Four players were disqualified and unsportsmanlike penalties were given to every player on the field during the fight.