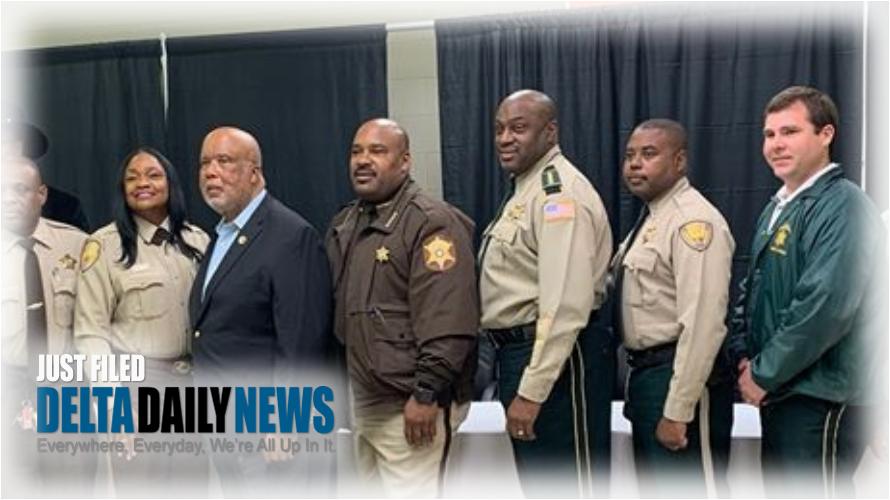 ITTA BENA, MS (Ben Caxton) — The Tunica County Sheriff was among local Delta law enforcement that recently attended a special Federal Resource Workshop on the campus of Mississippi Valley State University in Itta Bena. The event was hosted by Congressman Bennie Thompson for members within the Second Congressional District to learn about key federal and state agencies that can assist with duties and responsibilities of local Sheriff’s and their missions. Representatives from an alphabet-soup of Federal Agencies were on hand attending the event including the Federal Bureau of Investigation (FBI), the Bureau of Alcohol, Tobacco and Firearms (ATF), DHS Immigration and Customs Enforcement (ICE), the Drug Enforcement Agency (DEA), the U.S. Marshal Service, and Mississippi Planning and Development Districts within the Second Congressional District.

DOES CLIMATE PACKAGE TO BE SIGNED BY PRESIDENT BIDEN TODAY PROVIDE ENOUGH HELP TO ADDRESS ISSUES IN THE DELTA?