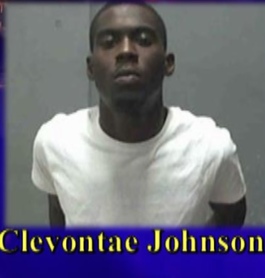 On September 14th, a collaborative effort between the Greenville Police Department and the Washington County Sheriff’s Department resulted in the arrest of Clevontae Johnson. Clevontae Johnson is wanted for a House Burglary and Armed Robbery that occurred on August 27th in the 2000 block of Michigan Street.

Police spoke with the victim at this location who stated that Clevontae Johnson broke into their residence at gunpoint with demands. The victim advised that Clevontae then grabbed their cell phone and ran out the door. A Judge later issued a warrant for his arrest.