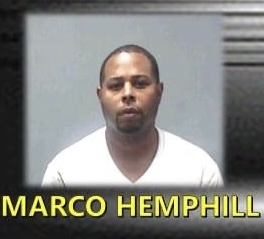 A Greenville man was sentenced yesterday to more than eight years in prison for firearms related crimes.