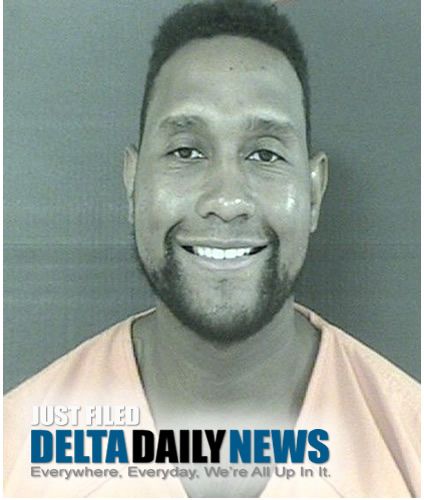 Norman was charged with conspiracy to use interstate commerce facilities in the commission of a murder-for-hire, resulting in death.

According to the complaint, Norman conspired with Terica Ellis and others to use a facility of interstate commerce, namely, a cellular telephone, to commit a murder-for-hire in exchange for United States currency, in violation of Title 18, United States Code, Section 1958.

In 2014, Norman obtained a $450,000 life insurance policy on his 18-year-old nephew, Andre Montgomery, on which Norman was the sole beneficiary. In the days leading up to Montgomery’s murder, Ellis, an exotic dancer residing in Memphis, Tennessee, communicated with Montgomery and informed him that she was planning to be in St. Louis.

On March 13, 2016, the day before Montgomery’s murder, Norman flew to St. Louis, Missouri from his home in Los Angeles, California.

On March 14, 2016, at approximately 8:02 p.m., Montgomery was killed by gunfire at 3964 Natural Bridge Avenue in the City of St. Louis. Ellis’s phone location information places her in the vicinity of the murder at time of the homicide. Immediately following Montgomery’s murder, Ellis placed a call to Norman, and then began travelling to Memphis, Tennessee.

In the days after the murder, Ellis deposited over $9,000 in cash into various bank accounts.

Terica Ellis was also charged by complaint with conspiracy to use interstate commerce facilities in the commission of murder-for-hire, resulting in death.

The arrests are part of Operation LeGend which is a federal partnership with local law enforcement to address the increase in homicides and violent crime in St. Louis in 2020.

The operation honors the memory of four-year-old LeGend Taliferro, one of the youngest fatalities during a record-breaking year of homicides and shootings.

Additional federal agents were assigned to the operation from the Department of Homeland Security, FBI, Drug Enforcement Administration, the Bureau of Alcohol, Tobacco, Firearms and Explosives, and the U.S. Marshals Service.

A criminal complaint is merely an accusation. The defendants are presumed innocent until proven guilty in a court of law.