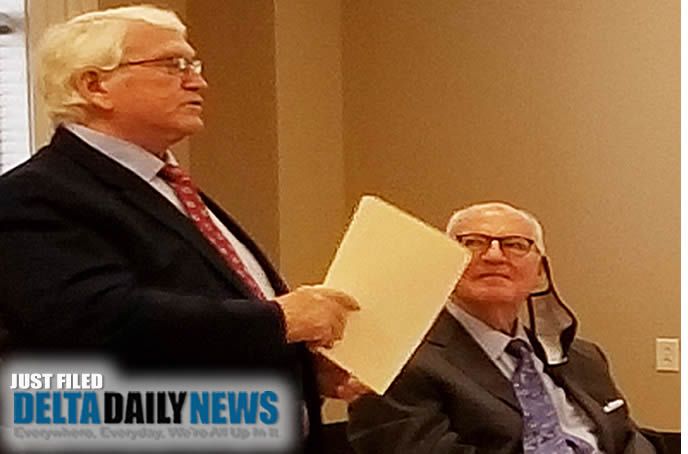 At 17,326 inmates, leaders said Mississippi’s prison population is at a two-year low.

“To see a constant decline,” said Barton Norfleet of PEER to the Mississippi Corrections and Criminal Justice Oversight Task Force, “we really need to focus on intervention programs, reviewing sentencing policies and others.”

Therefore, re-entry is on the forefront of the task force’s recommendations to the 2021 Legislature.

“We know the solution is moral rehabilitation and we know how to get there,” Corrections Commissioner Burl Cain said. “In our re-entry model, we have a real need for mental health programs to help inmates break drug addictions.”

According to MDOC, the task force was established after comprehensive criminal justice reform was passed by the 2014 Mississippi Legislature to help former inmates transition back into society among other things. According to the National Institute of Justice, a third of prisoners released in Mississippi return within three years but, in five years, the state’s recidivism rate jumps to 77 percent.

“Throughout my time serving the public, providing for the safety of our citizens and the human dignity of all within the system through criminal justice reform has been one of my top priorities,” said Governor Tate Reeves. “We still have more work to do, and that starts with improving our recidivism rate. The current rate in Mississippi is unacceptable. This criminal justice task force will move our re-entry program in the right direction so inmates are equipped to succeed and thrive out in society.”

MDOC said the task force met Thursday in Jackson to discuss beefing up measures to allow ex-prisoners to re-acquire the tools they need to succeed on the outside, starting with drivers’ licenses and Social Security cards. “I’m just begging for a state I.D. (for inmates),” said Mississippi Parole Board Chairman Steve Pickett.

Commissioner Cain added, “You’ve got to have an I.D. to get a job or you have to rob somebody to get a grubstake and then we’ve forced them to come right back to us.  We have to equip them.  Re-entry is the part that’s missing.”

In addition, the task force discussed initiatives to allow some portion of Mississippi’s geriatric inmate population to be eligible for early release.  “There is a clear misconnection,” said State Defender André de Gruy, “on what is geriatric parole and what is compassionate release. Not all old people are sick and not all sick people are old.”

Finally, Commissioner Cain is moving forward with Mississippi’s Moral Rehabilitation program by building non-denominational churches at Parchman to give all prisoners faith-based options. Cain is not using taxpayer funds but rather is earmarking private donations to build the churches while training inmates for construction jobs.