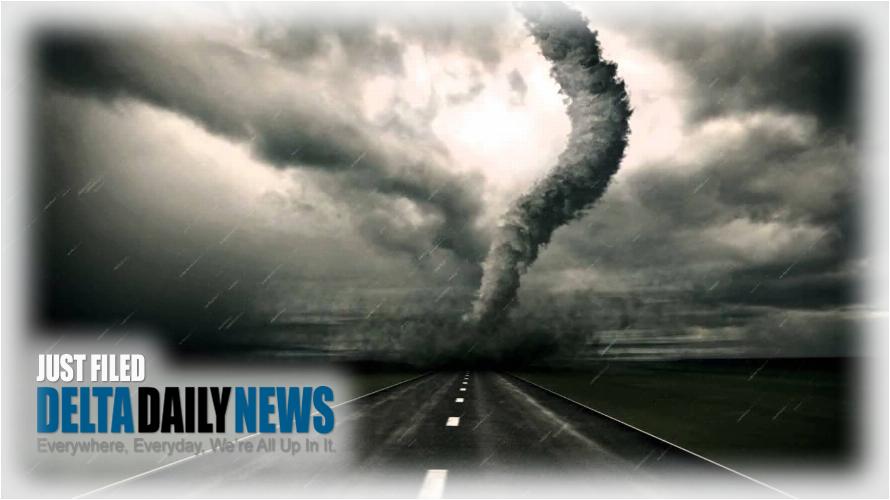 JACKSON, MS (Ben Caxton) — At least one person was killed and several more were injured as powerful storms brought winds, rain, and flooding to a dozen states mid-week. Power outages and damage were reported from Louisiana to Virginia. There were mudslides in Kentucky and Tennessee and tornado and flood watches were issued from Mississippi to Florida. At least two tornadoes were confirmed, one near Birmingham, Alabama and one in Jasper County, Mississippi.