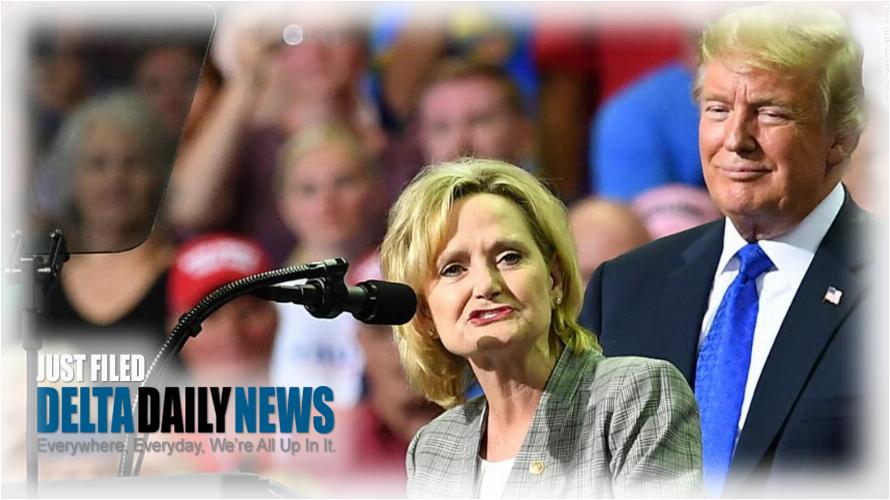 JACKSON, MS (Ben Caxton) — A poll conducted by Mason-Dixon Polling & Strategy show President Donald Trump and Senator Cindy Hyde-Smith holding comfortable leads heading into November. 625 Mississippi voters were asked about a potential Presidential race between President Trump and former Vice President Joe Biden or Senator Bernie Sanders and the Senate race between incumbent Republican Senator Cindy Hyde-Smith and Democratic challenger Mike Espy. The poll shows that President Trump holds a 56 to 41 percent lead over Biden and leads Sanders 59 to 36 percent. Trump is favored by over 80% of white voters statewide but Delta voters favor potential Democratic candidates by about a 2-to-1 margin. If former Congressman Espy becomes the Democratic nominee for the Senate it will set up a rematch with Hyde-Smith, who won the race between the two in November 2018 following the retirement of the late Senator Thad Cochran. The new poll projects Hyde-Smith with a 53 to 43 percent lead over Espy with 4 percent undecided although Espy holds a 5-to-1 lead among voters in the Delta.

Fact check: A look at claims from Trump and Biden’s first debate.

You’ll be asked if you support establishing a medical marijuana program in the state on this November’s ballot.

A group of Coast residents came together in support of placing the retired state flag on the Nov. 3 ballot.