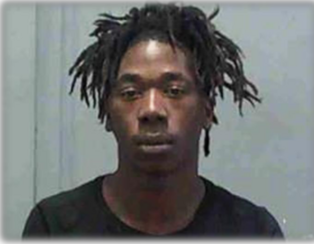 On Wednesday, October 26, 2022, officers with the Greenville Police Department were dispatched to the 200 block of South Hyman Street in reference to a robbery. When they arrived, they made contact with a 31-year old victim who said that he was lying in bed when suspects entered his home with firearms displayed and took approximately $400.

The suspects then fled the scene. An investigation revealed that one of the suspects was identified as 20-year- old Eric Qualls of Greenville. Qualls was arrested November 17th and charged with Robbery.

Qualls was transported to the Washington County Regional Correctional Facility where he awaits his initial appearance.