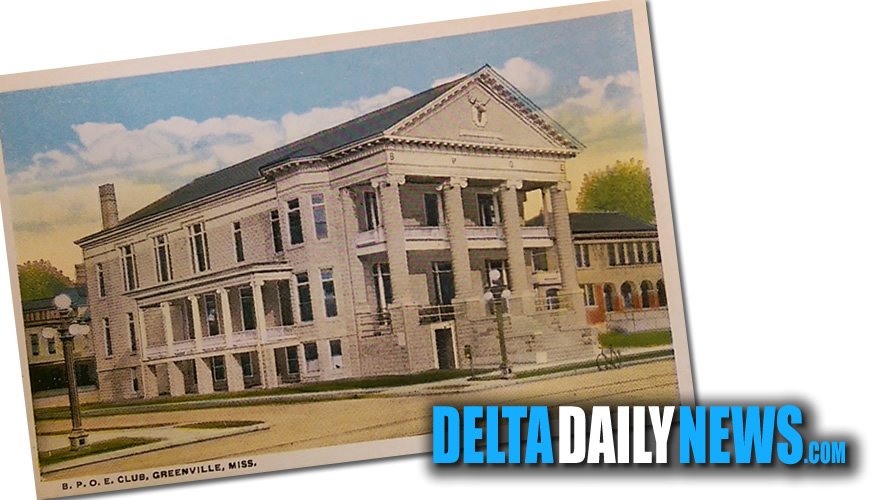 GREENVILLE, MS (Ben Caxton) — The historic Elk’s Lodge building on Washington Avenue in downtown Greenville is no more. The building had been on the city’s list for eventual removal after permission was granted by the Mississippi Department of Archives and History last year. The $400,000 bid for the demolition work though caused the city council to put off the work at a meeting last August. Saturday morning’s storms forced the issue blowing out windows and causing structural damage so severe that the city was forced to act with Mayor Simmons saying it was now “too unstable” to remain. So over the weekend city crews with help from Kenneth’s Excavation Dirt & Gravel, Lesure’s Demolition of Greenville brought what was left of the structure to the ground.