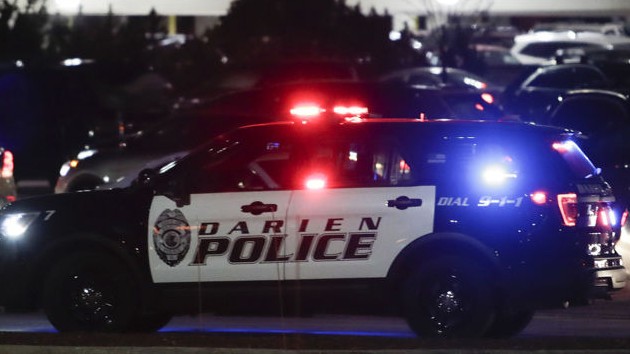 (ILLINOIS) — Police have arrested two suspects wanted in connection with the shooting of two Illinois police officers that left one of them dead, authorities said.

One of the suspects, Darius Sullivan, 25, was taken into custody Friday morning without incident after authorities conducted a search warrant on a home in North Manchester, Indiana, police said. Narcotics and multiple weapons were found inside the home, according to Indiana State Police Sgt. Glen Fifield.

Sullivan had warrants out of Illinois for his arrest on first-degree murder, attempted murder and aggravated battery with firearm charges, Fifield said, in connection with Wednesday’s fatal shooting at a hotel in Kankakee County, Illinois.

Bradley Police Department Sgt. Marlene Rittmanic, 49, was killed after responding to a noise complaint at a Comfort Inn, authorities said. Her partner, Officer Tyler Bailey, 27, was wounded in the shooting and remains hospitalized in critical condition, Illinois State Police said in an update Thursday night.

Sullivan, of Bourbonnais, Illinois, will be transferred to the Kankakee County Sheriff’s Department, Fifield said. Police are still determining his connection to the North Manchester residence. It is unclear if he has an attorney.

An arrest warrant had also been issued for a second suspect in connection with the shooting, Xandria Harris, 26, of Bradley, Illinois, state police said. She was not present at the North Manchester home when Sullivan was taken into custody, according to Fifield.

Hours after Sullivan’s arrest, Harris turned herself in at the Bradley Police Department while accompanied by her attorney, according to the Kankakee County Sheriff’s Department. She was taken into custody Friday afternoon by investigators with the Illinois State Police, authorities said, and she is being held at the Jerome D. Combs Adult Detention Facility.

She faces multiple charges, including first-degree murder and attempted murder. ABC News was unable to reach her attorney.

“In a multi-jurisdictional effort, two alleged cop killers have been taken into custody today and will now face justice,” Illinois State Police Director Brendan Kelly said in a statement Friday. “The Law Enforcement family and the community lost a devoted officer, and another continues to fight for his life.”