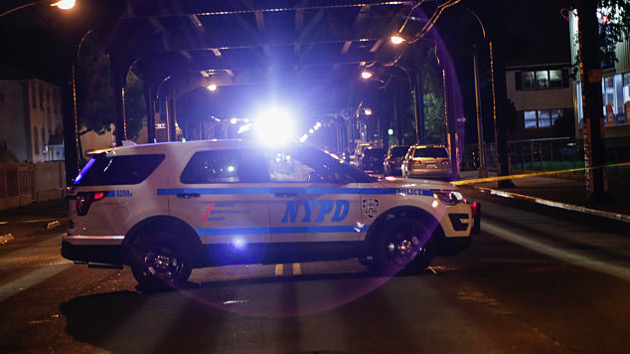 (NEW YORK) — A 20-year-old woman was fatally shot in the head while pushing her 3-month-old baby in a stroller on New York City’s Upper East Side on Wednesday night, police sources said.

The killing appears to be targeted but a motive is not yet clear, police sources told ABC News. NYPD detectives are digging into the victim’s life and relationships.

The unidentified woman was pushing a baby stroller on Lexington Avenue and East 95th Street around 8:25 p.m. when a man wearing a black hooded sweatshirt came up from behind and shot her in the head, ABC News New York station WABC reported.

An unknown person approached her and fired a single shot at close range, police said. The suspect fled immediately afterward on foot, traveling east along East 95th Street, according to the NYPD. He was last seen wearing a hooded sweatshirt and sweatpants.

No arrests have been made and an investigation is ongoing, police said.

This shooting comes less than one week after the Supreme Court struck down a New York law that has restricted the concealed carry of handguns in public to only those with a “proper cause.”

On Thursday the New York legislature will reconvene in a special session to address the fallout.

ABC News’ Will Gretsky contributed to this report.