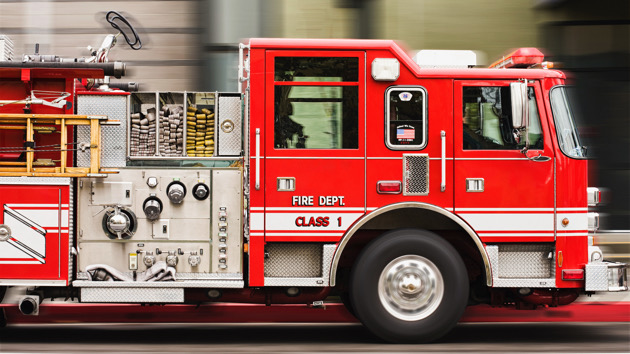 (CHICAGO) — At least eight people were injured in an explosion at a residential building in Chicago on Tuesday, authorities said.

Of those injured, three are in serious to critical condition, the Chicago Fire Department said.

“This is a confirmed explosion but source of explosion not known,” the fire department said.

Six men and two women were taken to hospitals, officials said. Their ages were not immediately clear.

A building adjacent to the site of the explosion was being evacuated, fire officials said.

Video from the scene showed debris strewn across the sidewalk, street and several cars. Windows were blown out of the building, which had extensive damage to its top floor.

Crews for local gas utility Peoples Gas did not smell any gas at the site, a spokesperson for the company said.

“The cause of the incident is unknown, but there is no reason at this point to believe the cause is related to gas or any of our equipment,” the spokesperson said in a statement.

The Bureau of Alcohol, Tobacco, Firearms and Explosives and the Chicago Police Bomb Squad were also responding to investigate, the Chicago Fire Department said.

Timeline: When did officials tell people to evacuate from Hurricane Ian?

One rower injured, one missing after apparent lightning strike in Orlando: Fire department

Why plastic is building up at recycling centers and catching fire