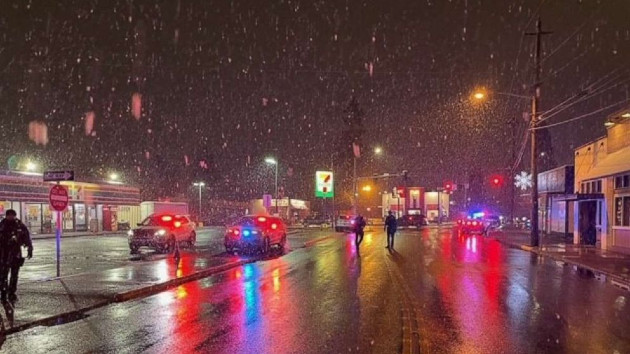 (PUYALLUP, Wash.) — A barbershop owner has been gunned down and murdered in his own shop while he was in the middle of cutting an 8-year-old child’s hair.

“The business was occupied at the time of the incident by several individuals who are cooperating with the investigation,” authorities said. “These individuals informed responding officers that the suspect entered the business and went directly to the booth where the victim was cutting an eight-year-old child’s hair. Per the witnesses, the suspect entered the booth and shot the victim multiple times.”

The suspect — described as 5’8” tall and wearing “wearing black pants, a black jacket, and possibly a mask” — then fled the area on foot, police said.

While the child was not harmed in the shooting, the victim — identified as the 43-year-old owner of JQ’s Barbershop who lived in Tacoma, Washington — was pronounced dead at the scene.

Officers immediately began conducting an extensive search of the area for the suspect aided by at least one police canine unit but were unable to locate him. The suspect is still at large.

The investigation is now being led by the Puyallup Police Department’s Investigative Services Unit and authorities are asking anybody who works or resides in the area of the shooting to check their security cameras for anyone matching the description of the suspect and to contact the Puyallup Police Department with any information regarding this case.