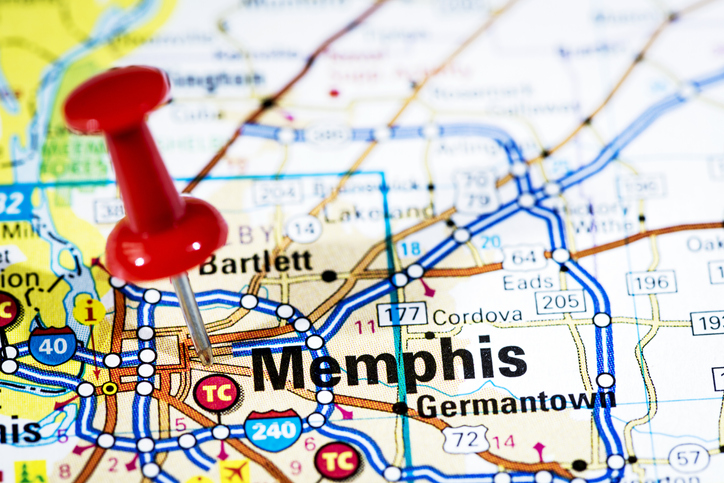 (MEMPHIS, Tenn.) — Longtime relic collector Riley Bryant said he had a good hunch that he would find something interesting last weekend under the I-55 bridge in Memphis as the Mississippi River’s water levels reached record lows.

But the 21-year-old student and videographer never expected to see such a treasure trove in plain sight along the rocky shoreline Saturday.

Civil War-era bullets and a union U.S. cartridge box plate were lying around the rocks, just waiting to be picked up, he said.

“To find it there in such good condition just lying there, it almost gave me a heart attack,” Bryant told ABC News.

The location under the bridge used to be home to Fort Pickering, a base that was used for shipping first by the Confederates and later the Union after they took over the facility in 1862, according to historians. The Union army would continue to use the base until the end of the war and it was dismantled in 1866.

The bridge went up in the early part of the 20th century.

Bryant, who has discovered and collected over 75,000 historical artifacts from all over the country, posted videos of his discovery on his TikTok and Instagram pages and it quickly sparked interest from other local history buffs.

“They are in exceptional condition. It’s hard to find a box plate that’s that undamaged,” Shaner told ABC News. “I couldn’t believe it was sticking up in the rocks like that.”

Shaner said other Civil War-era box plates, which were standard issue for troops, are usually discovered underground and not near river banks.

Bryant said the fort and the area near the bridge was frequently used for shipping so it was not uncommon for materials to be washed up and left behind in the water.

“The water levels being at this low level is the reason that no one has found it before,” he said.

The Memphis relic discovery is becoming a more common site around major bodies of water across the world as climate change, and droughts have brought up various rare objects and artifacts including dinosaur footprints in Texas.

The Mississippi River, following weeks of drought, hit a record low in Memphis of -10.71 feet last week, according to the National Weather Service.

Bryant said while he was excited to find the relics he also felt sad because of the state of the river.

“It’s showing how much garbage has been thrown into the river and how polluted the river really is,” he said. “The videos really show how much pollution is going on in the river along with the historical stuff.”

In the meantime, Bryant, who works as a videographer for American Digger Magazine, said he never sells any historical find and instead travels the country to display his collection to anyone interested in history.

“I try to educate people about the history behind the relics,” he said. “I try to do that in a way that has the context of where it’s from.”