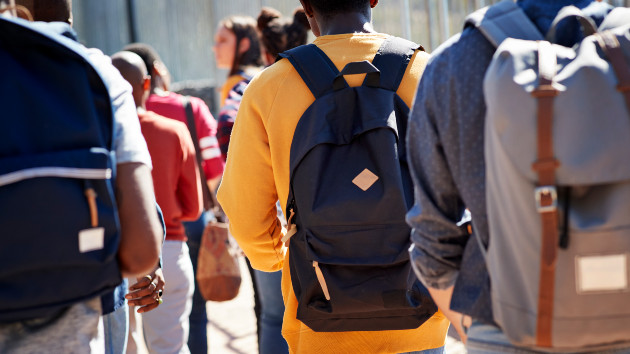 (NEW YORK) — College enrollment in the United States fell for the third consecutive year, deepening the woes endured by universities nationwide since the onset of the COVID-19 pandemic, a report released on Thursday showed.

However, the pace of the decline in enrollment slowed this autumn, suggesting that the pandemic-induced student exodus has begun to wane, according to data from the National Student Clearinghouse Research Center. Student enrollment dropped 1.1% this fall, compared with a combined 5.5% decline in 2020 and 2021.

In a key point of concern, the rate of decline in enrollment among freshmen exceeded that of students overall, with implications for universities that could last over the next several years.

The decline in freshmen enrollment befell every category of four-year institutions, whether public or private, for-profit or non-profit, the data showed.

“After two straight years of historically large losses, it is particularly troubling that numbers are still falling, especially among freshmen,” Doug Shapiro, the executive director at the National Student Clearinghouse Research Center, said in a statement.

“Although the decline has slowed and there are some bright spots, a path back to pre-pandemic enrollment levels is growing further out of reach,” he added.

While the report delivered sobering news for many institutions of higher education, it offered a sign of optimism for historically Black colleges and universities (HBCUs).

Enrollment at HBCUs grew 2.5% this fall, bouncing back from a decline of 1.7% last year, the data showed. The rise in enrollment owed to a 6.6% increase in freshmen enrolling at HBCUs.

In a sign of shifting educational norms amid the pandemic, undergraduate students enrolled exclusively online grew by 2.5% this autumn.