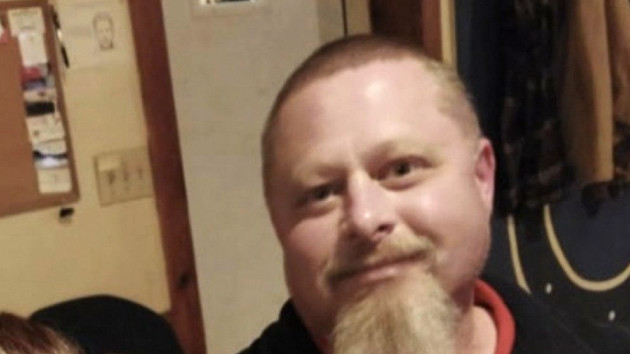 (DELPHI, Ind.) — The family of Libby German, one of the two teenage girls murdered on a Delphi, Indiana, hiking trail in 2017, is now grappling with the news that the suspect in custody is a local resident.

“It’s a small community,” Libby’s grandmother and guardian, Becky Patty, told ABC News hours after Richard Allen’s arrest was announced. “For it to be one of us, it’s hard.”

“How can somebody do that and then just go on living life like nothing happened?” Libby’s grandfather, Mike Patty, added.

Indiana State Police revealed Monday that Allen, 50, a Delphi resident, is charged with two counts of murder for the deaths of 14-year-old Libby and 13-year-old Abby Williams.

Abby and Libby, best friends in the eighth grade, were walking on a trail in broad daylight when they were killed on Feb. 13, 2017. Delphi, a close-knit town of nearly 3,000 residents, was filled with fear in the wake of the double homicide. For more than five years, officials pleaded with the public to come forward with information.

Libby’s sister, Kelsi German, said she always felt the girls’ killer must be someone familiar with the Delphi area, but she said she didn’t want to believe the suspect “was right here among us.”

Libby’s aunt crossed paths with Allen at CVS once, according to the Pattys. The aunt brought in pictures of Libby to print for her funeral and said Allen didn’t charge her for them.

A CVS spokesperson said in a statement, “We are shocked and saddened to learn that one of our store employees was arrested as a suspect in these crimes. We stand ready to cooperate with the police investigation in any way we can.”

Monday marks the first time police have named a suspect in the case. Police have still not released how the girls were killed.

Libby’s sister said the arrest for her brings “new obstacles and emotions that we have to learn how to deal with.”

German said she visited her sister’s grave on Sunday to talk to her about the updates in the case.

Mike Patty commended the police officers who he said were diligent and “sacrificed their own family time” trying to solve his granddaughter’s case.

Allen, who was taken into custody on Oct. 26, had his initial hearing and entered a not guilty plea, Carroll County Prosecutor Nicholas McLeland said Monday. He’s being held without bond and is set to return to court in January, McLeland said. The prosecutor would not say when Allen became a suspect or if he knew Abby or Libby.

“There’s a lot of questions we have that are unanswered,” Mike Patty said, “but all in due time that will come.”

Indiana State Police Superintendent Doug Carter said the investigation is ongoing. Carter added that if anyone else was involved, that person will be held accountable.

Police encourage the public to continue to submit tips at abbyandlibbytip@cacoshrf.com or 765-822-3535.

DOJ charges 3 in ‘murder for hire’ plot against Iranian journalist