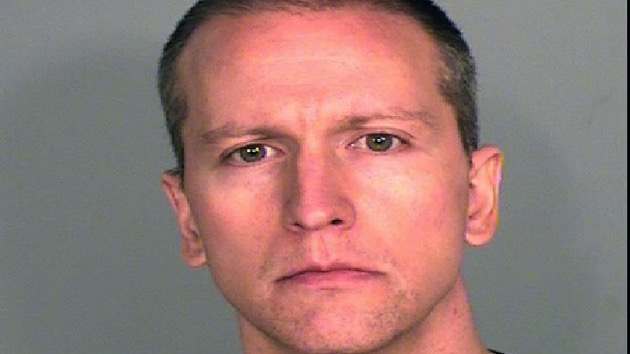 (ST. PAUL, Minn.) — The federal trial of three former police officers charged in the death of George Floyd is set to begin Thursday with jury selection, and some legal experts expect the presence of Floyd’s convicted murderer, Derek Chauvin, to loom large over the case of his one-time subordinates.

Fired Minneapolis police officers J. Alexander Kueng, 28, Thomas Lane, 38, and Tou Thao, 35, have not been offered plea deals by federal prosecutors and are set to fight civil rights charges for their alleged roles in Floyd’s 2020 murder.

All three are charged with using the “color of the law,” or their positions as police officers, to deprive Floyd of his civil rights on May 25, 2020, by allegedly showing deliberate indifference to his medical needs as Chauvin dug his knee in the back of a handcuffed 46-year-old Black man’s neck for more than 9 minutes, ultimately killing him.

Kueng and Thao both face an additional charge alleging they knew Chauvin was kneeling on Floyd’s neck but did nothing to intervene to stop him. Lane, who was heard on police body-camera footage asking if they should roll Floyd on his side to help ease his breathing, does not face that charge.

All three men have pleaded not guilty.

The trial in U.S. District Court in St. Paul, Minnesota, will commence a little over a month after Chauvin, 45, a former Minneapolis police officer, pleaded guilty to federal civil rights charges stemming from Floyd’s death and the abuse of a 14-year-old boy he bashed in the head with a flashlight in 2017. He admitted in the signed plea agreement with federal prosecutors that he knelt on the back of Floyd’s neck even as Floyd complained he could not breathe, fell unconscious and lost a pulse.

The guilty plea came after Chauvin was convicted in Minnesota state court of second-degree unintentional murder, third-degree murder and second-degree manslaughter. He was sentenced to 22 1/2 years in prison in the state case and is facing an even stiffer sentence in the federal case.

Legal experts interviewed by ABC News said that attorneys for Kueng, Lane and Thao will likely paint Chauvin as the villain — and their clients as following the orders of a senior training officer. One also said that Chauvin could be called as a witness, a move that would likely present a challenge to prosecutors if he were to testify that he was solely responsible for Floyd’s death.

What to expect from the defense

Kueng and Lane were rookies being trained by Chauvin at the time of Floyd’s fatal arrest.

Neama Rahmani, a former federal prosecutor, said he expects defense attorneys for Kueng, Thao and Lane to point to Chauvin as the culprit.

“You really have a boogeyman that you can point the finger at,” Rahmani, now president and co-founder of Los Angeles-based West Coast Trial Lawyers, told ABC News. “Here’s someone who is not only a convicted felon, but a murderer; first time in the state of Minnesota a police officer has been convicted of second-degree murder.”

Rahmani said that prosecutors will likely frame the case as “an aiding-and-abetting type case.”

“No one is saying that Lane, Keung and Thao actually killed George Floyd. They (allegedly) aided-and-abetted Chauvin in the murder.”

The state trial, which had been scheduled to get underway in March, was postponed on Wednesday until June 13 due to uncertainty over how long the federal trial will last.

The three defendants have pleaded not guilty to the state charges.

From the outset of the state case, Lane’s attorney in both the state and federal cases, Earl Gray, has portrayed Chauvin as the villain.

“What was my client supposed to do but follow what his training officer said?” Gray asked during a 2020 hearing in the state case.

In a video-recorded interview with the Minnesota Bureau of Criminal Apprehension after Floyd’s death, Thao claimed he did not see what Chauvin and the others were doing with Floyd because he was focused on keeping a hostile crowd at bay. “I could have been more observant to Floyd,” he said in the interview.

Jill Huntley Taylor, a veteran jury consultant and trial strategist, told ABC News that it is crucial for the defendants to differentiate themselves from Chauvin.

“I think in some ways they want for him to be the center of the case,” said Taylor, the CEO of Taylor Trial Consulting. “If I’m a defendant, I think I would want to shift all attention to Chauvin. They’re not going to defend his actions.”

Trial to hinge on video

Like in the state trial of Chauvin, video is expected to play a major role in the federal case.

“It’s huge and it’s really what ultimately led to Chauvin’s conviction,” said Taylor, who is not involved in the case.

“I think that may suggest that one of these guys, or all of them, wants to take the stand so that they can put in their own words what was going through their minds so it’s not just the video,” added Taylor.

Unlike the Chauvin trial, the federal case is not expected to be livestreamed, although a coalition of media outlets has asked the judge presiding to reconsider.

The May 25, 2020, police encounter with Floyd was video recorded from start to finish and included multiple angles taken by bystanders with cellphones, police body cameras and surveillance cameras.

The footage showed Chauvin grinding his knee into the back of Floyd’s neck for 9 minutes and 29 seconds while Kueng helped keep Floyd down even after he stopped resisting by placing his knee on the man’s back and holding and lifting one of his handcuffed hands. Lane, according to the videos, held down Floyd’s feet.

Thao, according to footage, stood a few feet away, ordering a crowd to stand back despite several witnesses, including an off-duty firefighter, expressing concern for Floyd’s well-being.

Rahmani said Lane appears to have the best chance of beating the charges because he was the only officer who seemed to voice concern for Floyd.

At one point, police body-camera footage captured Lane asking if they should roll Floyd onto his side to help him breathe easier.

“I can easily see him taking the stand,” Rahmani said of Lane.

Neither prosecutors or defense attorneys have said if they will call Chauvin to testify in the case, but Rahmani said such a move could possibly benefit the three defendants.

Judge Paul Magnuson, who was randomly selected to preside over the federal trial, said last week that he plans to have a jury of 18, including six alternates, seated in two days. In contrast, it took more than two weeks to select a jury in Chauvin’s state trial.

The jury will be chosen from a pool of 256 Minnesotans asked to report to the Warren E. Burger Federal Building in St. Paul on Thursday.

During a hearing last week, Magnuson said he will question potential jurors during the voir dire process with suggestions from the attorneys in the case. During voir dire in the state case against Chauvin, attorneys, as well as the judge, questioned potential jurors.

But Magnuson said he wants the case to move quickly to lessen the possibility of people involved in the trial coming down with COVID-19 as the omicron variant continues to spread across the country.

“Two days for jury selection is insane to me because everyone in the entire world has not only heard about this case but seen it, has lived it and they know that Chauvin has been convicted,” Rahmani said. “The case is going to come down to jury selection and there are folks who have preconceived views about police officers. You have to really drill into what the potential jurors think about law enforcement and race.”

Taylor said prosecutors and attorneys for Lane, Keung and Thao will have different views on who they want to see on the panel.

“I think the prosecution wants people who want to hold police responsible for misconduct,” Taylor said. “And the defense wants people who are very pro-police, but who are also going to defer to the judgments of police rather than challenge them.”

Mother charged after loaded gun goes off in student’s backpack