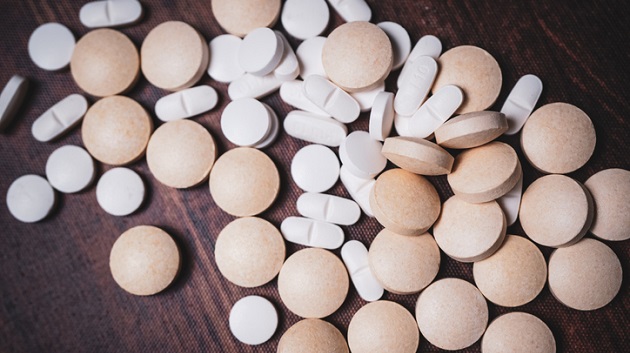 (NEW YORK) — As the fentanyl crisis continues to sweep across the United States, lawmakers are focused on trying to stop the flow of fentanyl into their communities, but many are saying that curbing the supply from dealers is only part of the larger problem. There’s demand.

After five decades since the start of the war on drugs, critics say these efforts haven’t helped curb drug use.

One in 14 Americans are suffering from some form of addiction to legal or illegal substances, according to the Centers for Disease Control and Prevention.

Some say the rise in fentanyl deaths has been exacerbated by ignoring the opioid crisis and the millions of people who are already suffering from addiction who continue to seek available opioids – in many cases, fentanyl.

Ryan, who wished to be identified by first name only, said he has been living with an opioid addiction for decades. He said he just recently started using fentanyl.

“I stopped for many years. I just relapsed three months ago and I hadn’t used in 10 years,” said Ryan. “Fentanyl is in everything now.”

According to the United States Drug Enforcement Administration, fentanyl is 80 to 100 times more potent than morphine. Despite the risk, for many people like Ryan, despite how addictive it is, fentanyl quickly becomes their drug of choice because it is so potent.

Sam Rivera runs the nation’s first overdose prevention clinic in Harlem, New York. The aim is to not stop people from using drugs, but to supervise them when they do by offering medical support and safety.

“We’ve had a number of overdoses today. It seems like a potential bad batch [of fentanyl],” said Rivera. “We’re there when the overdose happens, and we’re there immediately.”

Rivera added that not a single person has ever died at his clinic.

Studies show that similar programs in other countries have successfully reduced fatal overdoses and increased access to health services, according to a recent study published in the International Journal of Drug Policy.

Rivera said by giving people living with addiction a safe space to use drugs, it gets them into a supervised facility that can help them stay alive until they are ready to try to quit.

“Beautiful, hurting people are coming in with those drugs, to use them safely and stay alive,” said Rivera.

Other approaches include a clinic named Rock to Recovery In Nashville, Tennessee. They are using the power of music as therapy.

Phil Bogard, a former rock musician, is the program administrator at Rock to Recovery. He said he struggled with addiction and has been “clean and sober” for almost 14 years.

“We’ve got people playing keyboard parts, and I’m on a guitar. We’re going to write a chorus together that we can all sing along to. An hour and a half passes by and we lived in the moment,” said Bogard, who adds that music fosters a sense of belonging and community. “And hopefully we got some people to get on the other side of ‘I can’t, I won’t, I’m not able to.’”

Activists say there is no easy answer to stopping both the enduring opioid crisis and the growing fentanyl crisis, those who are struggling with an addiction and need more resources and help now.

“They’re going to use,” said Rivera. “I have people in that room right now who want to stop, they’re right there saying, ‘I want to stop.’ But at least now they’re talking about it.”

The fentanyl trip: How the drug is coming to America

How to reverse the teacher crisis exacerbated by the pandemic: Experts