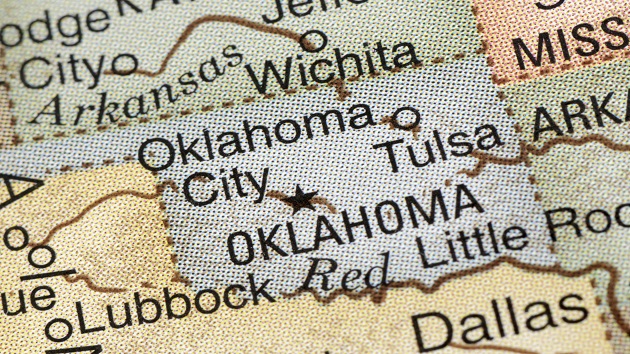 (TULSA, Okla.) — Descendants of the 1921 Tula Race Massacre are being urged to avoid submitting DNA samples to the city’s investigation project amid privacy concerns which would delay efforts to identify remains found in a mass grave many believe is linked to the tragedy.

Tulsa’s Greenwood neighborhood was an affluent area known as “Black Wall Street” and was home to 1,200 Black residents and hundreds of Black-owned businesses in the early 1900s. A confrontation between groups of white and Black residents following the arrest of a young Black man named Dick Rowland, who was accused of assaulting a white girl, ended with 35 city blocks being burned to the ground on the evening of May 31, 1921.

Historians believe as many as 300 people were killed as white mobs destroyed homes, businesses, churches, schools, hospitals and other buildings. More than 100 years later, many of the massacre victims’ bodies have never been found.

Experts discovered a mass grave at Oaklawn Cemetery in October 2020. Archaeologists exhumed 19 burials and identified 14 individuals to be used for DNA analysis. Descendants and relatives of massacre victims are being asked to submit their own DNA to help identify the bodies.

The city of Tulsa is working with Utah-based lab Intermountain Forensics to examine the remains. Scientists have been able to extract DNA from two of the 14 individuals so far.

Mayor G.T. Bynum apologized for the Tulsa’s role in the 1921 massacre in May 2021 and his spokesperson Michelle Brooks told ABC News his office is working with the lab to determine if the samples they have will be good enough to take more DNA from or if they will need to re-exhume the bodies.

Justice for Greenwood, a group working to secure reparations on behalf of survivors and descendants of the 1921 Tulsa Race Massacre, has cautioned against submitting DNA. They hosted a public town hall Thursday to discuss concerns and answer questions over the DNA testing.

“The city is trying to encourage descendants to feel a sense of buy-in by donating their DNA,” said Eric Miller, an attorney with Justice for Greenwood, during the town hall.

Miller and other members of the group are concerned descendants could be opening themselves or their relatives up to potential criminal prosecution by providing DNA.

“This is information that doesn’t just impact an individual, but impacts whole families. You give your DNA up and you’re dragging your whole family and perhaps your whole community into this mess,” Miller said.

UC Davis law professor Elizabeth Joh, who has written extensively and teaches courses on criminal law and procedure, policing, and surveillance, spoke during the meeting. “What Tulsa does is going to be followed by other communities. States are only beginning to start to look at this issue,” Joh said at the townhall.

Intermountain Forensics Executive Director Deborah Dilley told ABC News she was surprised by the pushback. “We had at least two conversations with Justice for Greenwood,” Dilley said. “They asked a lot of questions about how genetic databases work. But they didn’t ask specifically about our project and how our methodology was on that.”

The lab is asking descendants to upload their DNA profiles to GEDmatch, a genetic genealogy research site. GEDmatch is free and open to the public and match results vary based on which DNA test was used, but typically include the name, email, and degree of relatedness shared between relatives. A “PRO” version of GEDmatch is available to law enforcement agencies working to find DNA matches in criminal cases.

Dilley says anyone participating in the project can choose the level of confidentiality they want. Researchers at Intermountain Forensics will be able to see any genetic matches but will not have access to any raw data or individual genetic profiles.

“We wanted to make sure that everybody understood the different categories,” said Dilley. “And we have some people who said ‘Nope, I want to be absolutely private’ and so we will process those separately.”

Miller says the current privacy options are not enough.

“There’s a high bar of trust to be overcome here and the city has done nothing to assure us of the privacy and security of that information. There’s so many things they could have done,” Miller told ABC News. “When the 9/11 Commission did DNA matching to identify the remains of people killed in the terrorist attack, it created a secure DNA database that was not generally accessible.”

Tulsa officials say the GEDmatch database was the best choice for this project.

“GEDmatch is one of the only two databases that allow comparisons to unidentified human remains. Of those two, GEDmatch is the only one which allows users to opt out of law enforcement searches involving crime scene DNA,” Tulsa Communications Director Michelle Brooks told ABC News.

A spokesperson for GEDmatch says law enforcement is not allowed to use the consumer version of the site per the Terms of Service, but conceded that it could happen.

“We cannot prevent users from choosing to circumvent the Terms of Service,” Brett Williams wrote in an email to ABC News. “However, these violations would almost certainly be discovered during court proceedings by the defense councils in their discovery process.”

Greg Robinson is a member of the city’s Mass Graves Public Oversight Committee and spoke during the town hall.

“Process matters, it matters deeply,” Robinson said at the townhall. “It’s not simply what we’re doing, it’s the way we go about it that will give the confidence that’s needed for us to move forward. How are we supposed to trust that we can actually move toward justice and reparation then reconciliation if we can’t do the investigation part right?”