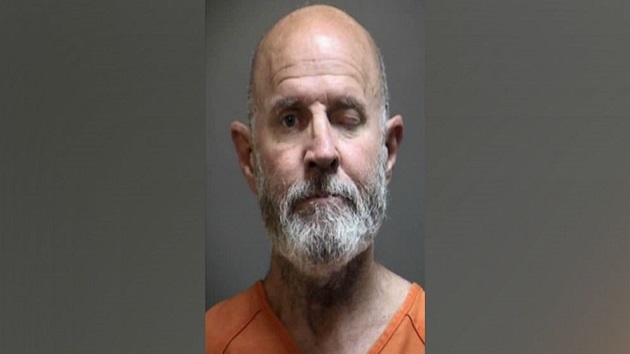 (MYRTLE BEACH, S.C.) — The family of the man who had previously been named a suspect in the 2009 disappearance of 17-year-old Brittanee Drexel in Myrtle Beach, South Carolina, said the investigation had ruined their lives for years.

Timothy Taylor was named by the FBI as a suspect in Drexel’s disappearance in 2016, ABC Charleston affiliate WCIV reported. An informant told FBI agents that he saw Taylor, who was 16 at the time of Drexel’s disappearance, and others sexually abusing Drexel at a home in McClellanville, South Carolina, about 60 miles south of Myrtle Beach.

Drexel had been on a spring break trip when she disappeared.

On Monday, authorities announced that Raymond Moody, 62, had been arrested for Drexel’s murder after her remains were found in a wooded area in Georgetown County, South Carolina, last week.

Timothy Taylor’s mother, the Rev. Joanne Taylor, for years insisted her son was innocent, saying the teen spent time in church, had a strict bedtime and could not have been involved in Drexel’s murder.

When federal agents named Timothy Taylor a suspect, he was in federal court on unrelated charges stemming from a 2011 robbery at a McDonald’s.

He was convicted on state and federal armed robbery charges and was sentenced in 2019 to three years of probation.

The FBI told WCIV Monday that Taylor was no longer a suspect in Drexel’s disappearance after a man who had been named a person of interest as early as 2012 was arrested. The portion that included the investigation into Taylor’s alleged involvement “has been concluded,” the FBI spokesperson said.

“We are confident that with Moody’s arrest we have the man responsible for Brittanee’s murder,” the FBI spokesperson told the station.

During a press conference on Thursday, Taylor’s family and friends expressed how devastating the investigation had been.

“Following investigations is one thing, but deliberately and intentionally making them strange fruit that is hung before the court system at the hand of a gavel, and unjust investigators is definitely unfair,” said the Rev. Lawrence Bratton. “This family has been devastated, ruined for the last 15 years, emotionally, psychologically, financially, and in every way that you can imagine down to the next generation.”

An FBI spokesperson did not immediately respond to an ABC News request for comment on the family’s statement.

Bratton said that even as the criminal justice system abandoned them, the community, as well as groups such as the National Action Network, the NAACP and the Interdenominational Ministerial Alliance stood firmly beside the Taylor family.

“How do you do that? How do you take a family, devastate them and walk away and say no harm, no foul,” Bratton said in response to the FBI’s announcement that Timothy Taylor had been cleared.

The Rev. Joanne Taylor said that while the family’s heart goes out to the loved ones of Drexel, her son was “suspected without any credible evidence of a crime he did not commit” and “maintained his innocence in the face of relentless pursuit by local and federal law enforcement, investigators and the media.”

“The years long fight against accusations, false accusations, and the media frenzy that shoot us has traumatized us, affecting every aspect of our lives,” she said. “It has publicly questioned without reason our family, our families character, and it has shaken us to the core.”

Timothy Taylor did not appear at the press conference with his family.

Drexel traveled to Myrtle Beach from her parents’ home in the Rochester, New York, area in April 2009, despite her mother denying her permission to go, Melissa Drexel told ABC News. She was last seen on April 25, 2009, on a hotel surveillance camera as she was leaving a friend’s room at the Blue Water Resort to walk back to the hotel where she was staying — about a mile-and-a-half walk down the busy Myrtle Beach strip, ABC Rochester station WHAM reported.

Her remains were found less than 3 miles from a motel where Moody had been living at the time of Drexel’s disappearance, Georgetown County Sheriff Carter Weaver said.

Authorities said that Moody buried Drexel’s body, but did not answer questions on how Drexel’s remains were found.

Moody is being held without bond at the Georgetown County jail and is expected to be charged with rape, murder and kidnapping, said Jimmy Richardson, solicitor for Horry and Georgetown Counties, on Monday.

“In the last week, we’ve confirmed that Brittanee lost her life in a tragic way, at the hands of a horrible criminal who was walking our streets,” said FBI special agent in charge Susan Ferensic during a press conference on Monday.

In 2012, Moody had been identified as a person of interest in the disappearance but there was not enough evidence to name him as a suspect, officials said.

Even though Timothy Taylor’s name has been cleared, his “name and face will forever be linked to Brittanee Drexel,” his mother said.

“I call for law enforcement to halt the practice of disclosing unfounded leads and names of potential suspects without credible evidence,” she said. “Doing this has real life consequences and a lasting dispersion effect on so many, particularly us Black families.”

Suspect accused of killing 2 cops was on probation for gun possession: Sources