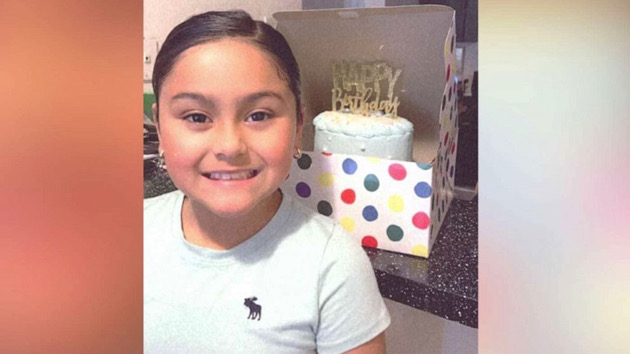 (UVALDE, Texas) — It’s been one month since the massacre at Robb Elementary School that killed 19 children and two teachers, and forever changed the lives of dozens of families who are now coping to make sense of their new reality.

One of those families is that of 10-year-old Amerie Jo Garza. Her mother, Kimberly Garcia, and stepfather, Angel Garza, are angry at the pace of the investigation, as well as frustrated as they recount the events of that fateful day.

“It’s day by day, some are better than others. And then more information comes out and it’s like we’re back to square one,” Garza told “Good Morning America.”

“There [were] so many officers at that school. And they were so busy trying to keep us away. And they were so busy trying to tase and put people in handcuffs. Instead of saving our kids, they were doing that, and it makes me hurt so much because my child and these other kids were scared, the way they felt in that classroom,” Garcia said. “These people took an oath. They took that oath to protect. And they didn’t do that. I feel like some of these kids could have been saved, but because they were in there for 77 minutes, we’ll never get to see them again. None of them, none of our kids, all those parents will never see their child, ever.”

In the hours and days since the shooting, Amerie’s parents learned that their daughter was one of the children who tried calling the police that day. Another student in the classroom told Amerie’s parents she had tried keeping Amerie from leaving her side, but that Amerie was determined to help her classmates by getting to a cell phone and calling for help when she was shot.

Now, while they wait for answers, Garza and Garcia are vowing to never stop pushing for change to prevent any other parent from feeling their pain. They are also committed to never let the world forget about their daughter, who they describe as brave, a nurturer, a protector and a fiercely loyal friend.

In their home, Garcia and Garza now live surrounded by memories of Amerie and all of her artwork, her passion. Her parents smiled as they recounted how she would run into their room, excited to show them her latest clay creation. With summer break around the corner, she was looking forward to sleeping in, playing with her iPad and spending time at home with her mom, they said. Her favorite color was lavender — not purple, and she was quick to correct you on that, her parents said. She was also a fan of BTS and was part of their fanbase, which call themselves “BTS ARMY.”

“Their fanbase is just vowed to just stick together and they just they all support each other and they want to look out for each other, and I think that’s part of the reason that she liked them so much is because, I mean, that’s pretty much who she was,” Garza said.

While working through their grief, her parents are finding ways to honor Amerie, hoping to open an art scholarship in their daughter’s name.

“That would mean the world to her, she would be so proud, we would be so proud for her to carry that and for people to remember that, you know, in her name because, like we said, that was her, an artist,” Garcia said.

Garcia and Garza wish others will be inspired to live life like Amerie.

Anne Heche suffered brain injury and not expected to survive, according to family