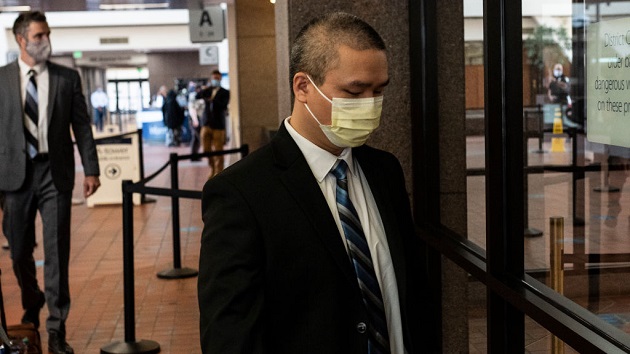 (ST. PAUL, Minn.) — A federal jury has convicted all three former Minneapolis police officers on all charges of violating George Floyd’s civil rights by failing to intervene or provide medical aid as their senior officer Derek Chauvin kneeled on the back of the handcuffed Black man’s neck for more than nine minutes.

Former Minneapolis police officers Thomas Lane, 38, J. Alexander Kueng, 28, and Tou Thao, 35, are all convicted of using the “color of the law,” or their positions as police officers, to deprive Floyd of his civil rights by willfully being indifferent to his serious medical needs.

Thao and Kueng were also convicted of violating Floyd’s right to be free of unreasonable seizure by willfully failing to intervene to prevent Chauvin from applying bodily injury to Floyd.

They had all pleaded not guilty. They face a maximum sentence of life in prison.

Kueng and Lane were rookie police officers under the tutelage of Chauvin, who was their field training officer.

During the trial, which began on Jan. 24 with opening statements, the three defendants took the witness stand and each attempted to shift the blame to Chauvin, who was a 19-year veteran of the Minneapolis Police Department.

“I would trust a 19-year veteran to figure it out,” Thao testified. Lane told the jury that Chauvin “deflected” all his suggestions to help Floyd and Kueng testified that Chauvin “was my senior officer and I trusted his advice.”

In her closing argument, U.S. Assistant Attorney Manda Sertich told the jury that Chauvin barely spoke to Lane, Kueng and Thao during the incident and certainly wasn’t “ordering them around.”

“No one did a thing to help,” Sertich told the jury.

Chauvin was convicted in state court last year of second-degree unintentional murder, third-degree murder and second-degree manslaughter. He was sentenced to more than 22 years in prison.

Chauvin later pleaded guilty to federal civil rights charges stemming from Floyd’s death and the physical abuse of a handcuffed 14-year-old boy in 2017.