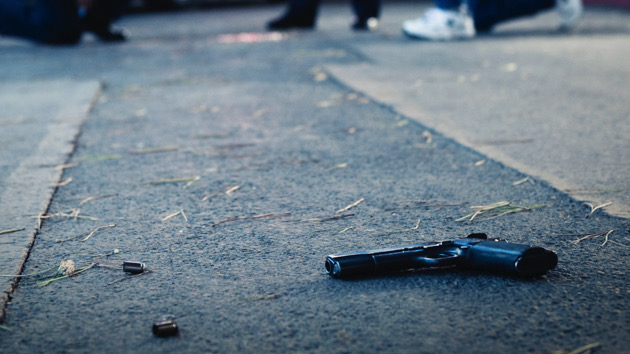 (NEW YORK) — Hundreds of thousands of dollars in new funding are set to be given out this week to community organizations as part of a major anti-gun violence organization’s latest nationwide efforts.

Everytown for Gun Safety is distributing $1.5 million to a select collection of local nonprofit groups working to stop gun violence in their areas before it happens, Everytown officials tell ABC News.

“There are more guns now than there were last year and the year before that — and we know that when there are more guns, there’s more violence,” said Michael-Sean Spence, Everytown’s director of community safety initiatives. “So we have to work and we have to support community leaders who are doing this work and have been doing this work for decades.”

The grants, which come as part of a $25 million commitment that Everytown made last year, further expand the organizational reach throughout the U.S. with the addition of program support in Los Angeles, Las Vegas and San Antonio, Texas.

There have been more than 400 mass shootings so far this year, according to the Gun Violence Archive. Nearly 700 mass shooting were recorded by the archive in 2021.

Spence and his team at Everytown see the need to strengthen organizations with deep community ties that are capable of performing triage to areas destabilized by violent acts, he said.

“Of course, those are tragic incidents that immediately capture the zeitgeist, but we can’t forget the fact that these same community-based violence intervention programs are also showing up to those scenes,” Spence said. “And they’re also providing direct support to the families impacted by these mass shootings. They’re staying on the scene for weeks at a time preventing additional violence from occurring.”

Warees Majeed, co-founder of the Washington, D.C.-based community support group Yaay Me!, works with both perpetrators and victims of gun violence to institute behavioral changes that steer disadvantaged youth away from firearms.

Likewise, a 2019 study of street gangs in Oakland, California, also found a significant reduction in shootings in places where specific gangs were contacted and assisted by community-based intervention groups.

“We focus on pathways to self-sufficiency,” Majeed said. “So, trying to take an individual from being in crisis and hopefully getting them to a safe, stable place and then, eventually, hopefully thriving,”

While these community-based efforts represent more of a public health approach to violence prevention, Majeed said engaging local police is a critical part of their mission, too.

“Everybody has a place in a public safety space,” he said.