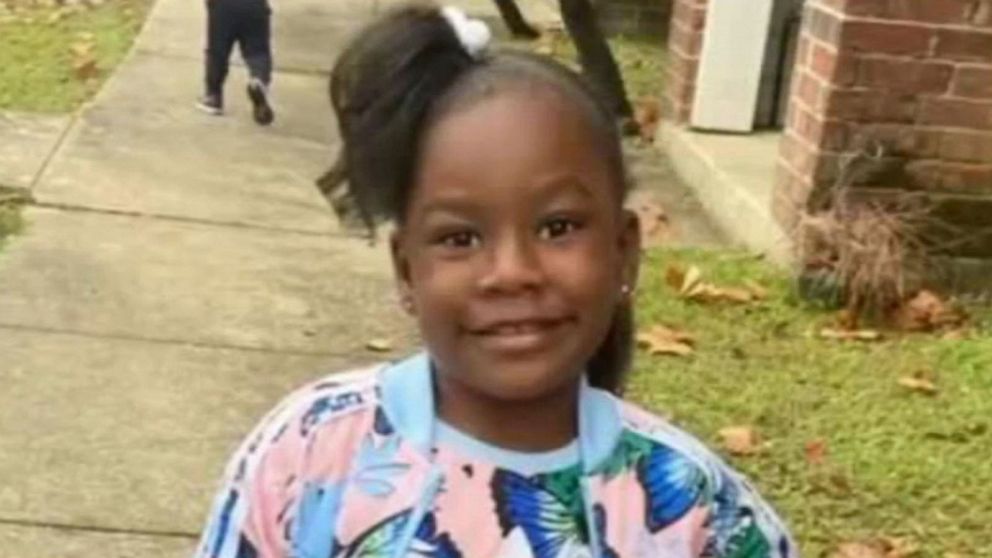 (HOUSTON) — Houston police are investigating a New Year’s Day shooting that wounded a 4-year-old girl, identified by her family as Arianna Delane, a niece of George Floyd, the unarmed Black killed by a Minneapolis police officer in May 2020.

Derrick Delane, the child’s father, told ABC Houston station KTRK that the family’s apartment was hit several times by gunfire, some which entered the second story where she was sleeping.

“My daughter jumped up and said, ‘Daddy, I’ve been hit,’ and I was shocked until I seen the blood and I realized my 4-year-old daughter was really hit,” he said.

Houston police said “a suspect or suspects fired several shots” into the apartment on Yellowstone Boulevard around 2:55 a.m. but didn’t identify any victims by name. Four adults and two children were inside.

Detectives A. Carroll and J. Roberts said in a statement on Tuesday that a juvenile female was “struck in the torso” and she was “transported in a private vehicle to an area hospital where she underwent surgery and is currently in stable condition.”

The family said Arianna, who was driven to the hospital by her mother, was hit in the lung and in the liver, with the shots breaking three of her ribs.

Delane said he immediately called 911 after the shooting, but officers didn’t show up until nearly 7 a.m.

Houston Police Chief Troy Finner said in a statement on Tuesday that HPD has launched an internal investigation into the delayed response time.

“I am aware and have concerns regarding the delayed response time in this incident and have initiated an Internal Affairs investigation,” Finner said. “I ask the city continue to pray for the child’s full recovery and assist in providing information that would lead to the arrest of the suspect or suspects responsible.”

Police said on Tuesday that they didn’t have a motive for the shooting or descriptions of potential suspects.

Delane told KTRK that he believes that the family’s home was targeted.

“Why would my house get shot up?” he said. “My daughter don’t know. I can’t explain that to her. As the father, you’re supposed to protect the kids.”

The apartment that was sprayed with gunfire is where the Floyd family gathered in April 2021 to watch the verdict in the trial of former Minneapolis police officer Derek Chauvin, who was convicted of murdering Floyd and sentenced to more than 22 years in prison in June.

The HPD didn’t immediately respond to ABC News when asked whether the home could have been targeted.

Authorities are urging anyone with information regarding the shooting to contact the HPD Major Assaults & Family Violence Division at 713-308-8800 or Crime Stoppers at 713-222-TIPS.