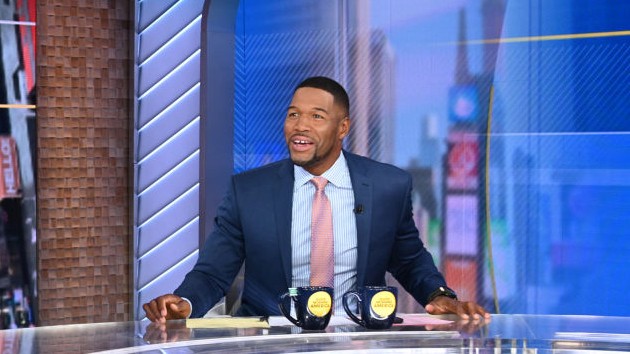 (NEW YORK) — The countdown is on for “Good Morning America” co-anchor Michael Strahan and the Blue Origin crew of astronauts to blast off to space aboard New Shepard.

The team completed its Flight Readiness Review and confirmed the vehicle has met all mission requirements for launch.

The Dec. 11 mission will be the New Shepard rocket’s third human flight this year and marks the first with a full astronaut manifest of six crew members in the capsule, according to Blue Origin.

The “GMA” co-anchor took part in a training camp with his fellow crew members ahead of today’s launch from Blue Origin’s “Launch Site One” facility in a remote area in the West Texas desert.

Strahan told “GMA” that he’s bringing a few personal items to space including his Super Bowl and Hall of Fame rings, his retired Giants jersey, special watches and the shell casings from the gun that was fired at his father’s military funeral. Strahan said he also added his grandfather’s pocket watch that was given to him by his mom.

“This is a once in a lifetime experience, of course, you want to have your most prized possessions and meaningful belongings with you,” Strahan said.

Laura Shepard Churchley, the eldest daughter of astronaut Alan Shepard who was the first American in space and the fifth man on the moon, will follow in her father’s footsteps on Saturday. She told “GMA” her father would tell her to enjoy the moment and take in the view.

Space industry executive and philanthropist Dylan Taylor, investor Evan Dick, and Bess Ventures founder Lane Bess and his child, Cameron, will also be part of the crew for New Shepard’s 19th mission. Lane and Cameron Bess will become the first parent-child pair to fly in space.

Strahan and five others originally trained and prepared for a Thursday launch from West Texas, but the Jeff Bezos-owned aerospace travel company made the call Wednesday to delay due to weather.

“Due to forecasted winds on Thursday, December 9 and Friday, December 10, the New Shepard launch team has made the call to delay the launch of NS-19 to Saturday, December 11,” Blue Origin said in a statement. “Liftoff from Launch Site One is targeted for 8:45am CST / 14:45 UTC.”

A total blood moon eclipse is happening this weekend. How to watch