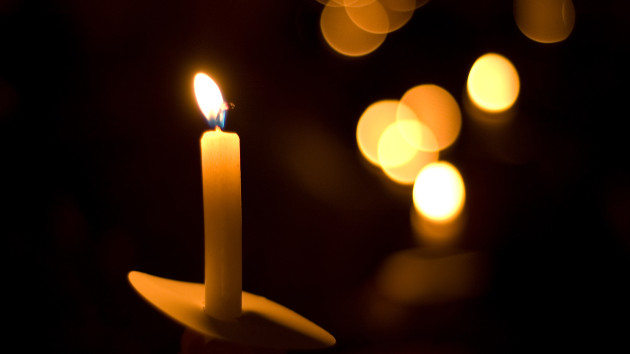 (MOSCOW, Idaho) — University of Idaho students, back on campus following Thanksgiving break, gathered Wednesday night for a vigil for their four classmates who were mysteriously stabbed to death this month.

Kaylee Goncalves, 21, her lifelong best friend, Madison Mogen, 21, another roommate Xana Kernodle, 20, and Kernodle’s boyfriend Ethan Chapin, 20, were killed in the girls’ off-campus house in the early hours of Nov. 13.

“You can’t imagine sending your girl to college and they come back … in an urn,” Goncalves’ father, Steve Goncalves, told ABC News this week. “You’re numb … you can’t absorb that amount of pain and agony.”

During the vigil Wednesday night, Goncalves spoke about his daughter and her best friend Maddie, calling the girls “absolutely beautiful.” They became friends in the sixth grade when they “just found each other,” he said.

“And every day they did homework together, they came to our house together, they shared everything,” he said, explaining how the girls “made a proposal” to go to a regular high school together, rather than their charter school. “Then they started looking at colleges, they came here together. They eventually get into the same apartment together. And in the end … they died together in the same room, in the same bed.”

“But the beauty of the two always being together,” he continued, was that they were “with their best friends in the whole world.”

“It’s like a book, it’s like some kind of terrible chapter but there’s beauty in it. And we’re gonna get our justice, we’re gonna figure this stuff out. This community deserves that,” he said.

Ben Mogen, Maddie’s father, spoke of his and his wife Karen’s only daughter, who he described as “smart and funny and beautiful. She was just nice to everybody.”

He also spoke about Maddie’s boyfriend, Jake, “who is such a great guy and I’m so glad that she got to just have at least a little taste of what it’s like to be in love with someone. And he’s just a really great guy. They treated each other the way you’re supposed to.”

“And yeah, I was really proud to just call him my daughter’s boyfriend, and maybe some day they would have gotten married,” he said.

Stacy Chapin, Ethan’s mom, said it’s important that their family “share Ethan’s legacy and talk about the impact that he made in his young 20 years — or his short 20 years. So this is where we choose to focus our energy because we are now Ethan’s voice.”

“We are eternally grateful that we spent so much time with him. And I want to remind you, that that’s the most important message that we have for you and your families, is to make sure that you spend as much time as possible with those people because time is precious, and it’s something you can’t get back,” she added.

No suspects have been identified. Two other roommates in the house at the time survived the attacks, according to police. The surviving roommates are not considered suspects, police said.

Moscow Police Chief James Fry told ABC News on Wednesday that police still “believe this is a targeted attack,” but he won’t reveal why they think that. Fry would not say if a person or the house was a target.

“Everyone wants answers… We want to give those answers as soon as we can,” Fry said, adding that some details must be withheld.

Police initially said they believed there was “no imminent threat to the community,” but later walked that back. Fry told ABC News, “I own the messaging problem at the very beginning. We should’ve done a little better than that. … we needed to correct that.”

Goncalves said the only thing worse than losing his child is knowing that her killer is “having a great life out there — and you’re just left in shambles.”

He said the families deserve justice.

“We just have to come together as a community,” Goncalves said. “Submit all those pieces of evidence … and get this guy off the streets.”

Police urge anyone with information to upload digital media to fbi.gov/moscowidaho or contact the tip line at tipline@ci.moscow.id.us or 208-883-7180.

“Detectives are looking for context to the events and people involved in these murders,” Moscow police said. “Any odd or out-of-the-ordinary events that took place should be reported. Our focus is the investigation, not the activities. Your information, whether you believe it is significant or not, might be a piece of the puzzle.”