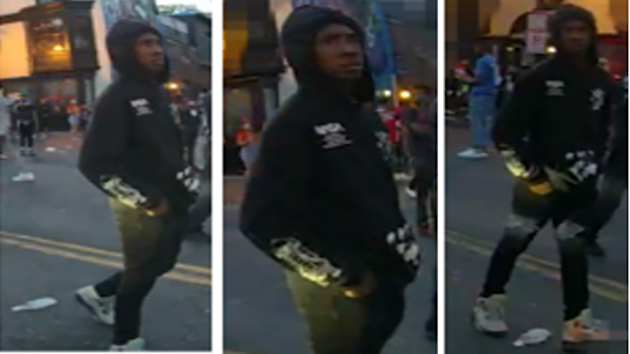 (WASHINGTON) — Police have released images of a person of interest wanted in connection to a mass shooting in Washington, D.C., that killed a 15-year-old boy.

The June 19 shooting took place during a festival called “Moechella,” which was celebrating Juneteenth, officials said.

At about 8:48 p.m., as police were telling organizers to shut the event down, gunshots rang out, D.C.’s Metropolitan Police Department said.

Teenager Chase Poole was killed and three others, including a D.C. police officer, were shot and injured, police said.

On Thursday, the authorities posted video of a person of interest they said they’re looking to identify.

“The young man in this photo, you may have run from U Street. But you cannot run from accountability, and you cannot hide from the citizens of the District of Columbia,” D.C. Police Chief Robert Contee said at a news conference Thursday. “I’m asking anyone who recognizes this young man to please reach out to us.”

Uvalde residents confront school board over response to shooting