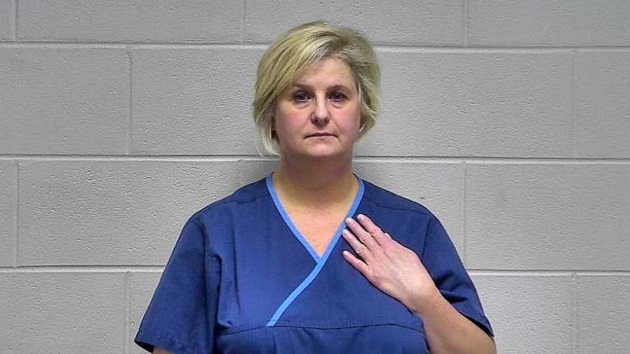 (LOUISVILLE, Ky.) — A Kentucky pediatrician was charged in a plot she allegedly conceived to kill her ex-husband and gain sole custody of her children, according to court documents unsealed by the Justice Department.

Investigators say Russell allegedly sent text messages to the agent arranging for the murder as well as payment for the plot.

Russell is charged with the use of interstate commerce facilities in the commission of murder-for-hire. She appeared in federal court in Louisville, Kentucky, last week and pleaded not guilty. Her trial is set for August. An attorney representing Russell did not return ABC News’ request for comment.

FBI investigators say they were first tipped off about Russell in 2019, when a nanny for the family said in a sworn affidavit provided by the attorney of Russell’s husband that Russell had asked the nanny if she knew “some really bad people,” according to the complaint. The nanny said she thought she was joking at first, according to investigators.

Investigators say they did not find enough evidence to charge Russell at that time.

Russell had previously accused her husband, Rick Crabtree, of abusing their children. An investigation by the Louisville Metro Police Department did not find evidence of the abuse and Crabtree was awarded custody of their children while Russell had supervised visits two days a week.

Crabtree did not immediately respond to a request for comment from ABC News.

Nearly three years later, a Louisville private investigator came to the FBI with what he believed was a murder-for-hire plot involving the same pediatrician, court documents say.

A confidential witness, who was employed at Russell’s practice, then told the FBI that between July 2021 and March 2022, Russell approached two nurses at her practices on separate occasions and asked each of them for help in killing Crabtree, investigators allege.

Text messages, investigators allege, prove that Russell wanted to carry out a hit against to her ex-husband.

In the messages, Russell and a second witness agreed to a payment of $4,000 to deliver “Christmas flowers,” the complaint shows. Russell agreed to pay the person another $1,000 if the plan was carried out before Christmas, investigators say.

The witness initially told Russell that the hitman they knew had died and was no longer able to carry out the hit, but months later, according to the FBI, she was still looking for someone to kill her ex-husband.

In May of 2022, Russell informed the witness she was still looking for “flowers,” the court documents say. The witness then gave her the number of an FBI undercover agent, who said they could facilitate the “delivery of flowers” to her ex-husband.

Russell allegedly asked the undercover agent to make it appear as if Crabtree committed suicide, investigators say. She gave the agent information on how to unlock the biometric lock code on her ex-husband’s phone so that the agent could text a fake suicide note after his death, according to the complaint.

The doctor also expressed concern that she would look “guilty” because she had expressed distain for her ex-husband publicly before, according to the complaint.

Russell left $3,500 outside of her office as “payment” for the undercover agent, investigators say.

Russell is in custody pending her trial. If convicted, she faces a maximum penalty of 10 years in prison, the DOJ says.

‘Dire situation’: Kayaker who helped in Kentucky flood rescues on difficult recovery ahead

Scientists explain how the deadly flooding in Kentucky got so bad