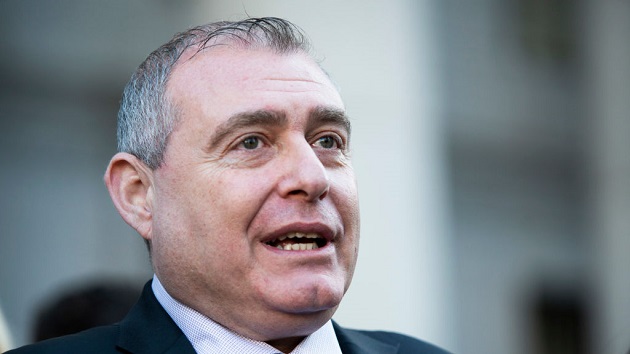 (NEW YORK ) — Lev Parnas, a former associate of Rudy Giuliani who was previously convicted on campaign finance charges, pleaded guilty Friday to a wire fraud conspiracy charge that resulted from his work at a startup insurance company he co-founded.

Federal prosecutors accused 50-year-old Parnas of duping investors in Fraud Guarantee, a company he established in Florida with a co-defendant, David Correia, who previously pleaded guilty.

Parnas appeared by video in front of U.S. District Judge Paul Oetken in Manhattan and said “between approximately 2012 and 2019 I agreed with another person to give false information” to potential investors.

“I’m extremely sorry for my actions, your honor,” Parnas said.

Parnas and Correia tried to lure potential investors to Fraud Guarantee by hiring Giuliani as a pitchman, according to federal prosecutors. Giuliani has said he was paid $500,000.

Parnas briefly became a figure in the first congressional impeachment inquiry against former President Donald Trump in connection with his role in assisting Giuliani in his effort in Ukraine to find disparaging information about President Joe Biden and his family, as well to call for the ouster of then-U.S. Ambassador to Ukraine Marie Yovanovitch.

At least seven victims invested a total of more than $2 million in Fraud Guarantee because Parnas and Correia misled them about the financial arrangements. The majority of investor funds were withdrawn as cash and were spent on personal expenditures such as Parnas’ rent, prosecutors said.

Parnas was previously convicted of six other counts. On the wire fraud conspiracy, he faces at least five years in prison when he’s sentenced June 29.

“Certainly the government will seek restitution and forfeiture,” Roos said.