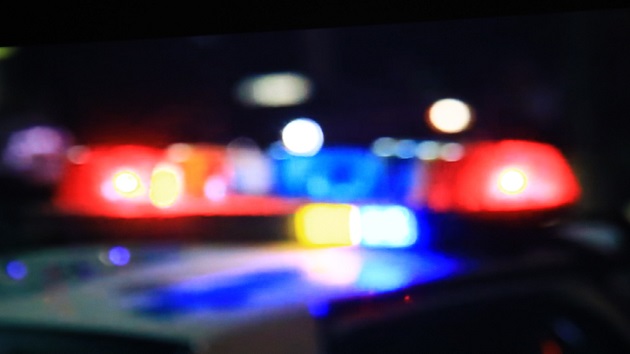 (NEW YORK) — A 24-year-old man was being held without bail on Sunday after police alleged he deliberately drove a car into a crowd at a Pennsylvania fundraiser, killing a woman and injuring 17 people, before allegedly hitting his mother and bludgeoning her to death with a hammer in a neighboring town.

Pennsylvania State Police identified the suspect early Sunday as Adrian Oswaldo Sura Reyes after he was arraigned in court on two counts of criminal homicide.

A motive in the two unrelated fatal incidents is under investigation.

The deadly back-to-back episodes unfolded Saturday evening when Reyes allegedly drove a car into a crowd of people gathered at a Pennsylvania bar to support the victims of a recent deadly fire, state police said.

Geisinger Hospital confirmed in a statement it was providing care for more than 15 patients, including four in critical condition.

State police were called to the area near the Intoxicology Department bar in Berwick at about 6:15 p.m. Saturday, Pennsylvania State Police Trooper Anthony Petroski told reporters.

Police said a vehicle “drove through a crowd at a community event.”

Troopers then received a call about a man allegedly assaulting a woman in the neighboring town of Nescopeck, Petroski said. He said officers arrived to find a woman dead at the scene. Officers detained Reyes, who they said was a suspect in both incidents, police said.

The Luzerne County Coroner’s office identified the victim of the Nescopeck attack as Rosa Reyes, 56, and ruled her death a homicide after an autopsy showed she died from being hit by a vehicle and assaulted with a hammer.

The coroner’s office told ABC News that Rosa Reyes is the suspect’s mother.

The name of the person killed in the alleged Berwick attack has not been released.

“These investigations are very active,” police said in a statement.

Reliance Fire Company No. 1, which serves Berwick, said crews responded to the scene of a “mass casualty incident” at the bar Saturday evening.

The bar was hosting a benefit for the families affected by a deadly house fire that occurred in Nescopeck earlier this month. Ten people, including three children, were killed in the Aug. 5 blaze, while three adults were able to make it out safely. The cause of the fire, which destroyed the home, remains under investigation.

The restaurant where Saturday’s fundraiser was taking place issued a statement on its Facebook page.

“Today was an absolute tragedy. We will be closed until further notice. Please respect our privacy while we grieve and try to process the events that occurred. Thank you,” the statement read.

Mom of missing Savannah toddler charged with his murder

One dead, 16 hurt after car crashes into Apple store in Massachusetts