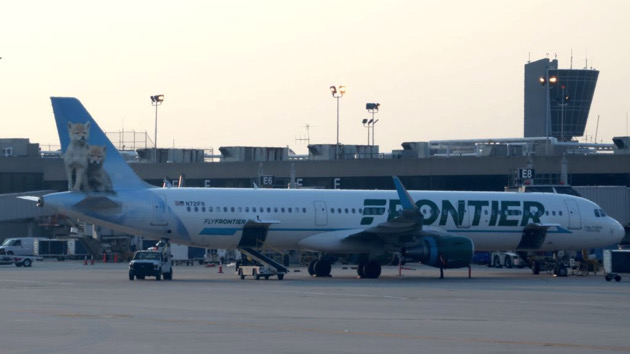 (MIAMI) — A 23-year-old man featured in a video that went viral after he groped two flight attendants, punched a third, screamed his parents had $2 million and was duct taped to a seat of a Frontier Airlines flight was sentenced Tuesday to 60 days in jail followed by one year of supervised release.

Max Berry pleaded guilty to three counts of assault within maritime and territorial jurisdiction and faced 1.5 years and a $15,000 fine. Berry had been drinking on a Frontier Airlines flight in August from Philadelphia to Miami when he spilled his drink on himself and a flight attendant. Berry went to the bathroom and came out without his shirt.

As flight attendants tried to help him, he groped them.

A fight ensued and Berry was eventually restrained with duct tape. The incident racked up more than 13 million views online.

In court documents, Berry’s attorney said, “Max Berry is a good man who committed a bad act, that was not planned, it was committed in an unsophisticated manner, and it is an aberration.”

According to WPLG, in court Tuesday, Berry apologized, took full responsibility for his actions and explained how he has been remorseful from the very start.

Two of the flight attendants gave victim impact statements about how this experience has affected them. After the hearing, both victims said the 60-day sentence was not enough, but better than nothing.

Before issuing the sentence, the judge said to Maxwell there’s “no delete button” and people can’t think they’re able to go on a plane and do this, adding that flight attendants shouldn’t feel unsafe at their job, WPLG reporter Annaliese Garcia told ABC News.

Documents show he has received substance abuse treatment and therapy for depression and anxiety since the incident.

Berry, who recently graduated from college has struggled to find work.

“Due to the tremendous media attention that this case garnered, Max’s efforts to find a job utilizing his recently obtained college degree in finance economics were futile, as he was constantly being denied positions that he was applying for in the finance world and elsewhere without an explanation,” Berry’s attorney wrote in court documents.

Berry has until Aug. 2 to turn himself in.